Billy “B.C.” Douglas, the first professional huntsman for the Two Rivers Hunt of Tampa , Florida (now known as the South Creek Foxhounds), died on July 28, 2014 at the age of eighty-three. B.C. was well-known as a night hunter and field trial judge throughout the states of Florida and Georgia. He was not only a good huntsman, but a successful breeder of foxhounds, and enjoyed every aspect of the outdoors. In 1989, B.C. handed the hunting horn to his son, Robert Douglas, who continues as professional huntsman for the South Creek Foxhounds today.

In 1965 Mr. Robert Thomas started the Two Rivers Hunt, Florida’s longest running fox hunt, with the purchase of several tough, experienced horses from Ben Hardaway, MFH of the Midland Fox Hounds (GA). The purchase included a sturdy, part draft horse, Garth, which B.C. rode. Mr. Thomas secured several hounds from the Deep Run hunt in Virginia and, in an inspired move, purchased a couple of Irish fox hounds and had them shipped air fright to Zephyrhills for their new lives in Southern Florida. Foxhunting then began at the Thomas’s beautiful Two Rivers Ranch under the watchful eye of B.C. Douglas. The name of the club was changed from Two Rivers Hunt to South Creek Foxhounds in 1995.


B.C. is survived by his wife of fifty-nine years, Peggy, his sons Robert and Randy, two grandchildren, and two great-grandchildren.

Tally-Ho: I Spot an Old Friend 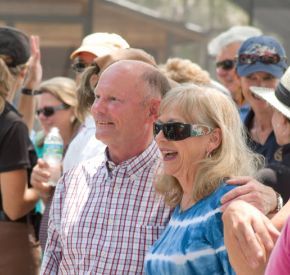 Author Tom Howland and Candy Linville catch up with friends at the hunt's reunion.  /  Jim Sykes photoThe South Creek Foxhounds, Florida's oldest hunt, revisited their roots at Robert Thomas's Two Rivers Ranch on May 5, 2012 for a sentimental reunion. Established in 1965 as the Two Rivers Hunt, the hunt's current name was adopted in 1995.

What an outstanding reunion we all had out at Two Rivers Ranch! For some of us, just entering the drive off of 301 was enough to shed a tear or two and initiate many warm memories. I can’t remember them all, but there were flashes of different parts of the ranch, old friends that have since passed (or those that I hadn’t seen in ages), memorable horses, hounds, the old kennels and barn. 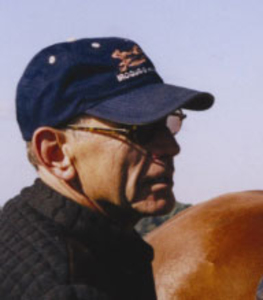 We put this query to two of our American experts, both of whom I consider to be conservative and traditional. In my view, their opinions cover the subject and its ramifications quite well. As always, the views of our readers, expressed in the Comments section, are invited. In the end, as with many such questions, the Master of your own hunt will have the final word for turnout in your field. 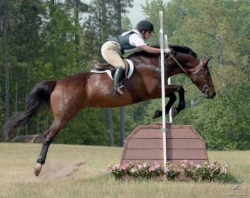