John Tabachka, huntsman for the Sewickley Hunt (PA) and Jennifer Buckley, honorary whipper-in for the Reedy Creek Hounds (VA) are engaged to be married. The wedding date has not yet been set, but plans are in the works.

For those who don’t know Tabachka, click here to see and hear his brilliant work on the hunting horn. 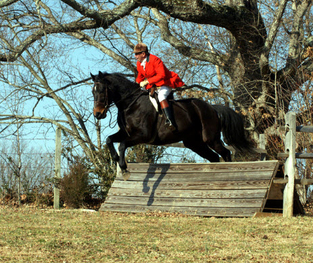 Culleton was born in Brooklyn, New York, pursued a career in the New York City Public School System, and also owned and operated a riding school and hack stable in Prospect Park. He hunted with many of the New York City area hunts.

Following his retirement from the NYC School System, Culleton moved to Dalton, Pennsylvania. He owned Bailey Hollow Farm there, re-activated the Abington Hills Hunt, and was MFH from 1986 to 2000. He moved to Reedy Creek Farm in 1999, started the Reedy Creek Hounds in 2000 and has served as MFH since that time. He was serving as vice president of the National Beagle Club as well.

Contributions in Culleton’s memory may be made to St. Jude Children’s Research Hospital, 501 St. Jude Place, Memphis, TN 38105. For dates of services and interment and to register expressions of condolence, click here.