I have respected Norman Fine for so many years, and when he offered me Foxhunting Life, I jumped at the chance.  I started my foxhunting career late in life, about 20 years ago.  I discovered that I loved the thrill of the chase, the challenge of the ride, the history of the sport, and the communion with the outdoors.  Most especially, I love to travel to other hunts. And I love to write and photograph those trips.  I’ve been taking at least one cross country trip a year to foxhunt. 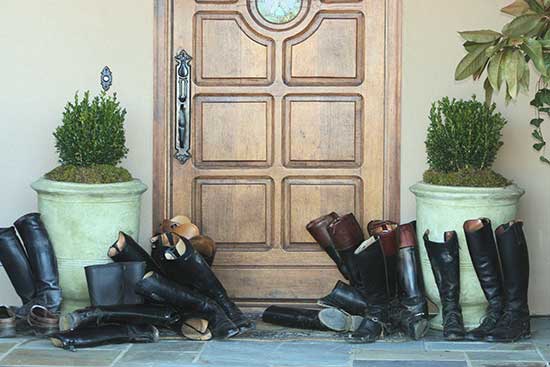 On one of these trips, I flew to the high desert of Reno, Nevada from my home state of Tennessee to hunt with the Red Rock Hounds.  I had never seen anything like the sage covered hills at the base of the Sierra Nevada Mountains.  The only time I had ever lived outside of Tennessee was when I went to school way up north – to Kentucky.  But I had decided in 2019 to move 2,700 miles west to the high elevation of Reno, located only an hour from the California state line.  While I miss the loud hound music echoing through the trees found back East, I do love the openness and grand vistas of the West.

Traveling to foxhunt has provided me with opportunities to use my love of writing and photography.  While I have written a few things for Covertside, most of my published work has been for The Chronicle of the Horse and Untacked.  Those articles consisted of hunt reports of my many trips around the country.  I unfortunately titled the first article for The Chronicle as, “The Naked Foxhunter’s Wild Nevada Adventure”.  The title was a joke, as the airline had lost my luggage, but the non-deplume stuck for over a dozen or so articles.

My pony, Ziggy, also wrote a blog for E-Covertside called “The View from Down Here”.  It was geared towards junior members and written in a style that was completely over the top.  Those blogs were genuine hunt reports, despite the silliness of the writer.

I have shot almost all of my hunting photographs from the saddle.  My first hunt season began on a very sturdy little mare who was trained to ground tie.  I started out carrying a SLR film camera with a 300 mm zoom lens while hunting her, and she would stand stock still as I changed out film cannisters.  That mare had such a smooth gallop that I could shoot while following hounds in full cry, and the shot would be in focus.

From there, I learned that if I bought hunt coats a size too large that my upgraded digital camera with zoom lens would fit easily down the front of the coat.  I have hunted all over the country with the camera placed inside my hunt coat.  With the camera safely tucked inside my coat, I’ve jumped any number of trappy coops, climbed mountains, crossed rivers, and had a number of falls.  When sending my camera for its yearly cleaning, the technician would stare in disbelief at the scratched and scuffed camera body and ask, “What did you do to it?  Run it over?”

The only trouble that I would routinely encounter was when I was riding a hired horse on an away trip who had no idea what all that clicking noise was from the shutter.  All my hunt horses, whether they wanted to learn or not, became experienced tripods for me.

Trivia is also a hobby of mine, as I love to learn the nuisance and history of my chosen sport.  I haven’t learned it all yet, but my goal is to never stop trying to learn it all.

While in Tennessee, I was a Joint Master for the Tennessee Valley Hunt for seven years.  I have held most of the jobs one can perform in a hunt club.  Except the closest I ever came to hunting the hounds was loaning my horse to the huntsman.  And having been a riding instructor for over 30 years, I have brought along many juniors and adults to the hunt field that were new to foxhunting.

While my writing style naturally falls towards the humorous side, with me always being the butt of my own joke, I take the sport of riding to hounds very seriously.  I hope that I can honor what Norm has built with this online magazine.  Please send me your hunt reports, your historical accounts, beautiful photographs, great videos, and anything else related to this sport that we all love.   I would like to have as many contributors as possible to the site.  Let’s keep Foxhunting Life going for a long time!