The Mystery of the Red Fox 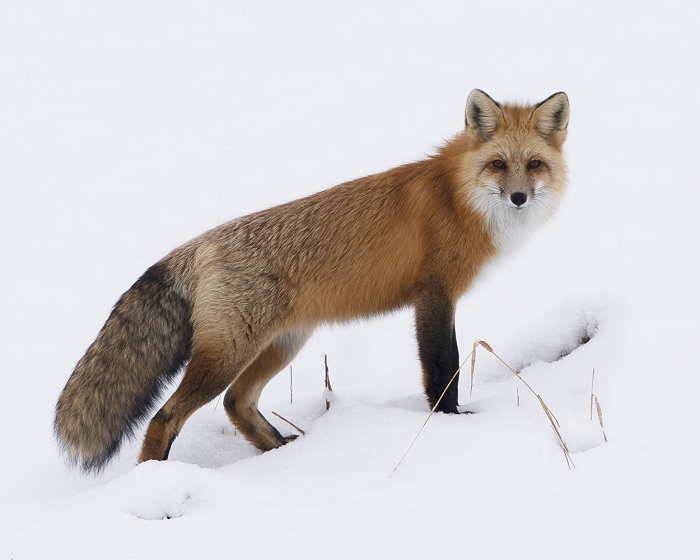 The genesis of the red fox in North America has long been a rich subject for discussion. DNA studies have furnished answers, revealed genetically distinct types, and led to informed theories about how distinctive alterations to those lines developed as the result of separation and isolation during the Ice Ages.

The vast majority of red foxes in the southeastern U.S. are native to North America. Mostly, they belong to a line of foxes known as the eastern lineage, one of three relatively well-established and genetically distinct lineages of red foxes in North America. Members of these lineages were physically separated during the Ice Ages, and differences are seen in their DNA today. There is also another type of red fox in Alaska that is more closely related to Asian red foxes.

Mid-Atlantic Region
We foxhunters know that a group of Colonial tobacco planters on Maryland’s Eastern Shore, frustrated by the poor sport shown by the local gray foxes―red foxes were rare or non-existent in the southeastern U.S. until the late 1800s―resolved one day in 1730 to improve their sport by importing red foxes from England.

The captain of the tobacco schooner, Monocacy, which was owned by one of the planters, was instructed to bring back from Liverpool eight brace of red foxes on his next trip. The foxes arrived in due course and were liberated along Maryland’s Eastern Shore with much fanfare, merriment, race meets, and a hunt ball.

These foxes apparently thrived, spread, and, over time, crossed with the native reds. To this day, according to Kierepka, there is a higher proportion of non-native foxes in Virginia and Maryland because of that introduction (and perhaps others). There were also foxes bred for their fur, and many of those foxes either escaped or were released. In turn, they interbred with our native foxes as well.

Red foxes originated in the Middle East, Kierepka explained, and then they expanded across the globe. They crossed from Eurasia over the land bridge between Russia and Alaska about 400,000 years ago. When the Ice Ages occurred, former habitats became covered in ice, and foxes had to remove themselves to habitable areas. Because of the glaciers, certain populations of foxes were no longer in genetic contact. They then evolved into the genetically different groups that are seen today.

Red foxes have been subjects of much genetic study in recent years. Researchers from the University of California, Davis, identified the three genetically distinct groups of red fox in North America by studying their DNA. The more differences that occur across their DNA sequences, the more differentiated the animals are.

North Carolina
The red fox population in North Carolina has not yet been closely studied. In the study that characterized red fox genetics in North America, there were only a handful of samples from North Carolina. Of the few samples examined, one was likely a fur farm individual, and two were native.

There are historical records where people speculated about this question. They suggested the possibility of the introduction of European foxes, but these are from records of the early 1800s and 1900s. There are multiple accounts saying foxes may have been brought over, but it is hard to verify these records.

Kierepka notes the importance of understanding how species can adapt to new environments. When non-native species arrive and interbreed with native species, the native populations that are adapted to the local environment may be disrupted. In California, for example, the non-native foxes do really well in human-dominated landscapes, while the native foxes prefer unaltered habitats. Some of these native foxes are on the brink of extinction due to habitat loss and climate change. Some of this genetic diversity that we didn’t even know existed until we looked may become lost. In conservation, one of the goals is to preserve as much genetic diversity as possible because it can help species adapt in the future to habitat loss and climate change.

Gray Foxes
The gray fox is the oldest canid in the dog family. They are so divergent from red foxes it’s highly unlikely they would hybridize―as unlikely as that of a rat and a squirrel interbreeding successfully, says Kierepka.