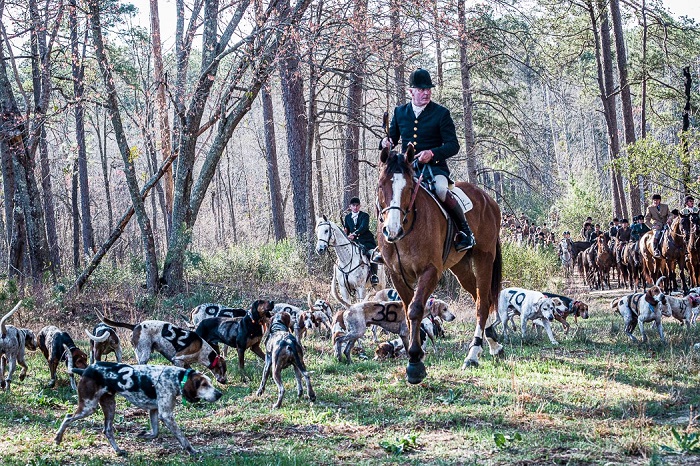 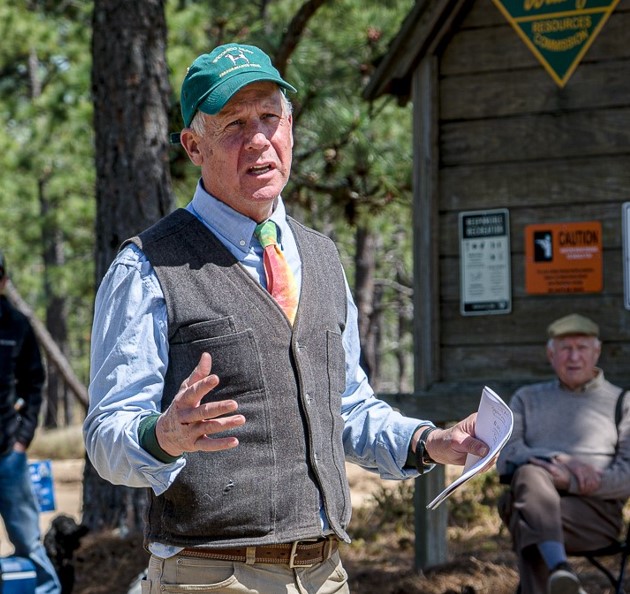 Hounds ran two large coyotes―one in the morning and one in the afternoon―and several foxes over the course of the day. One coyote was accounted for, and two foxes were put to ground. Gray foxes were hunted on the second day. It was surely a successful trial in that hounds had plenty of opportunities to show their individual attributes, and the judges had plenty of opportunities to score them.

By the time the dust settled after the second day’s hunting, Jeb Blount’s brilliant computer scoring program was tallying scores, combining them with those of the prior day, and spitting out the overall results. Over food and drinks, Fred Berry awarded ribbons and trophies. 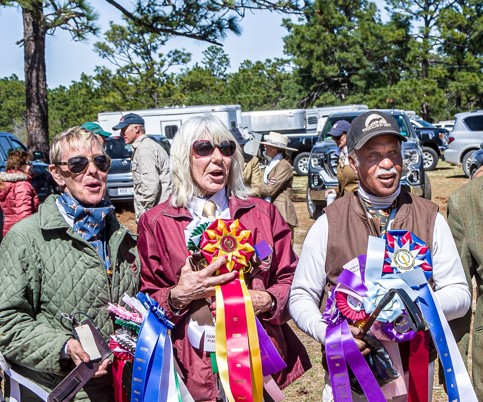 Hunt Champion
Bull Run was the high scoring hunt of the twenty-two competing hunts. The scoring for the top three hunts fell out as follows:

Of the fifty-four hounds competing from twenty-two hunts, four Bull Run hounds finished among the top twelve. Hillsboro had two of the top ten, and Goodwin had one―the top-scoring hound for the trial! 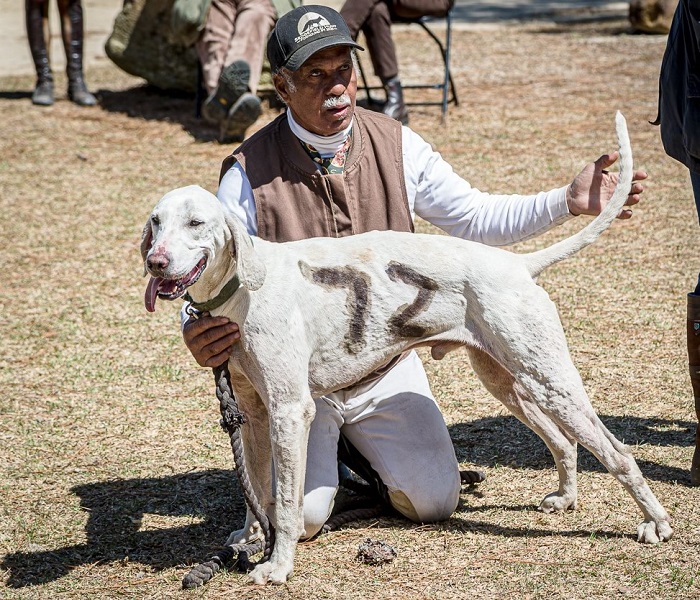 Hound Champion
Huntsman Tot Goodwin’s Indigo 2020 compiled the highest score of any hound in the pack over the two days of hunting. Indigo is a Crossbred dog hound of mostly English blood. Hard, lean, and lanky, with a greyhound-y appearance, Indigo looks like he can run all day long without losing a step to any hound in any pack.

Indigo is by Camargo Remount 2014 ex Camargo Impulse 2016. The sire, Remount, was bred by Goodwin during his time at Green Creek and drafted to Camargo, where he was entered. Indigo’s dam, Camargo Impulse 2013 goes back in tail female through a Midland line to the College Valley fell hounds bred by Martin Letts.

“Indigo is a steady member of the pack, always looking for something,” said Goodwin. “He draws well, and he runs to catch his quarry. He entered easily and well, is good in the kennel, and easy to get along with. His brother Isaac [who was not competing] is as good, or better!” The Reserve Champion foxhound is a six-season veteran, Wicket 2016. A well-made Crossbred, entered by Rose Tree, she was drafted to Bull Run. Wicket is by Blue Ridge Wentworth 2015 ex Deep Run Pouncer 2012.

“Wicket is a low-scenting and a steady hound,” said Adrianna Waddy, MFH, Bull Run. “She’ll be shown for the first time at the Virginia Foxhound Show in May.”

Tot Goodwin will be showing Indigo at Virginia also, so the two hounds, Champion and Reserve, will have a reunion and plenty to rehash.

Hounds were transported from as far away as California, Montana, Nevada, and New Mexico to compete in this championship trial. It was truly a national event. The next step is to get Covid behind us so the Canadian hunts can participate and make this an international event. As Foxhunting Life recommended in an earlier article, it behooved those who wished to join the field behind this pack of extraordinary hounds to make reservations early! There was a field of 170 riders with sixty-four on foot!

We all have the late Ben Hardaway to thank for the performance trial concept, its value to breeders by identifying hounds that perform in the field, and the camaraderie of these events. We owe thanks also to those Masters and huntsmen who picked up on Hardaway’s vision and carried it forward after he pointed the way. Through those early years, they further adapted and modified the original field trial format to more fairly and comprehensively score and rank pack hounds as opposed to field trial hounds. Many of these early pioneers were at this successful event, among them Mason Lampton, Epp Wilson, Tony Leahy, and Charles Montgomery. Hardaway would have been proud.