The Outside of a Horse 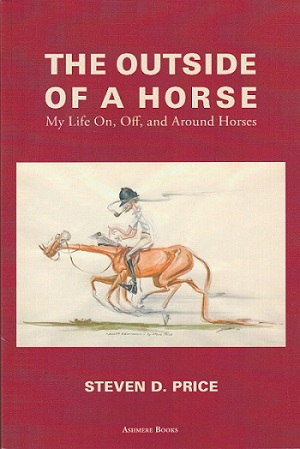 Writer, rider, raconteur Steven D. Price and I were making the long walk from an overflowing General Parking area to the Grand Prix jumper ring at the Upperville Colt and Pony Show.

We trudged slowly under a glaring mid-day sun on this June day. Steve was winding up a story—one from his trove of equestrian assignments during his days in the New York publishing business. Over those years he had the opportunity to meet, traveled with, and even ride with numerous world-famous equestrian personalities. This story was hilarious. He finished just as we set up our folding chairs on the hillside, and I blurted a suggestion that, as it turned out, he had heard before.

“Steve, these recollections are priceless,” I said. “You need to write a book about your adventures with all these larger-than-life characters.”

Having written or edited more than forty books himself, and coaxed other books out of struggling authors, Steve had had a full and fascinating career in publishing with some of the top firms. Apparently, the idea of a memoir was already percolating in his head. Five years later, here it is. And here, also, is...

Bill Shoemaker—“We agreed that I should spend three weeks with him in Los Angeles.”

Rodney Jenkins—“Nanticoke jumped out of the Belmont paddock, left the racetrack, and galloped down a busy city street. (“They never should have bothered to catch him,” Rodney reflected).

In Steve’s Introduction to The Outside of a Horse, he explains that, as a result of his oft-told stories, he has been referred to as the “Zelig” of the horse world. Who is Zelig? Woody Allen fans will remember the character he played in a mockumentary he wrote and directed—a man with no credentials of his own, endlessly re-inventing himself to fit in and belong. 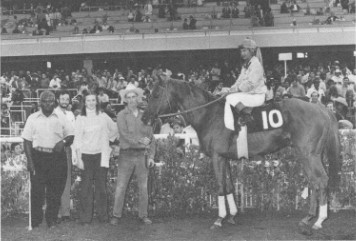 Steve Price, In the Winner's Circle with Bill Shoemaker. (Steve is in the back, peering out between the shoulders of the gentleman and lady at the left.)

Our author, of course, has a few credentials along with the ability to mine comedy from everyday life. Imagine what he can do with this cast of characters.

An Example
The National Hunter/Jumper Association commissioned Steve to do a series of interviews to preserve the memories of American horse show “legends.”

Olympic showjumper bronze-medalist Neal Shapiro certainly belonged in that category. Neal and I sat down at the Ox Ridge show where getting him to open up wasn’t exactly pulling teeth: he’s a great raconteur. Case in point and from the interview: “Uncle Max (Neal’s early jumping success) came out of the Cowtown Rodeo in New Jersey where he was a saddle bronc. He always remembered that when the saddle was put on and the girth tightened, his job was to get the rider off. Getting on was always a problem. There were times I had to take flying leaps to get into the saddle or drop down off a car hood or roof or even drop down from the hayloft of a barn while Max was led underneath.”

Neal finished by talking about his farm on Long Island and the boarding and lesson program he’d established. That’s all I had to hear. “How about a lesson one of these days?” I asked.

“Sure,” he smiled. “But I won’t tell you anything Kip [Rosenthal] hasn’t told you.”

“So I’ll hear it from you,” I countered.

I did bring a friend: Joan Hansen, my Fox Hill “Fossils Over Fences” chum. Joan thought a lesson with Neal would be a giggle, so off we went one weekday morning. The lesson itself was much more sophisticated than anticipated. Neal had us, on very well-schooled horses, feel the animal’s hind leg movement as a guide to ask for a canter. He also had us sit-trot without stirrups, an exercise Neal told us Bert DeNemethy had his team riders do for hours on end until they could barely peel off their britches afterward without leaving a patch of raw flesh. Joanie’s line about why she rode—“so I can exercise while sitting down”—was painfully appropriate. 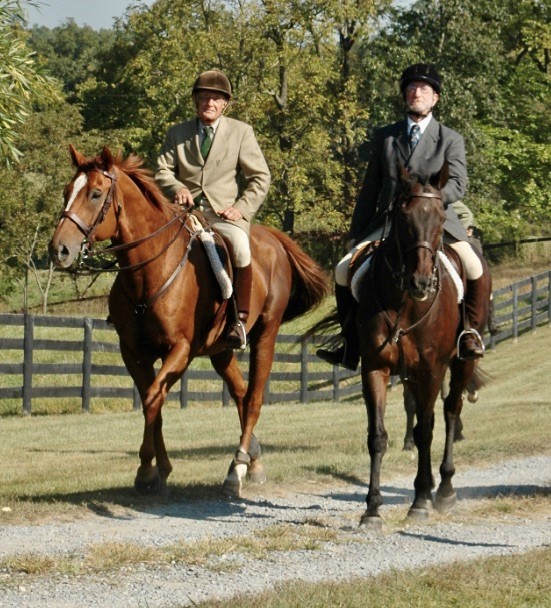 (L-R) Jack and Guitar, cubhunting with the Blue Ridge Hunt. (As to the riders: Norm Fine and Steve Price)   /    Nancy Kleck photo

I heartily recommend joining Steve Price and his memories on this global equestrian tour. His book covers a lifetime of observing, reporting, and riding—sometimes precariously—from summer camp with an oblivious instructor to the rock stars memorialized in the history books.