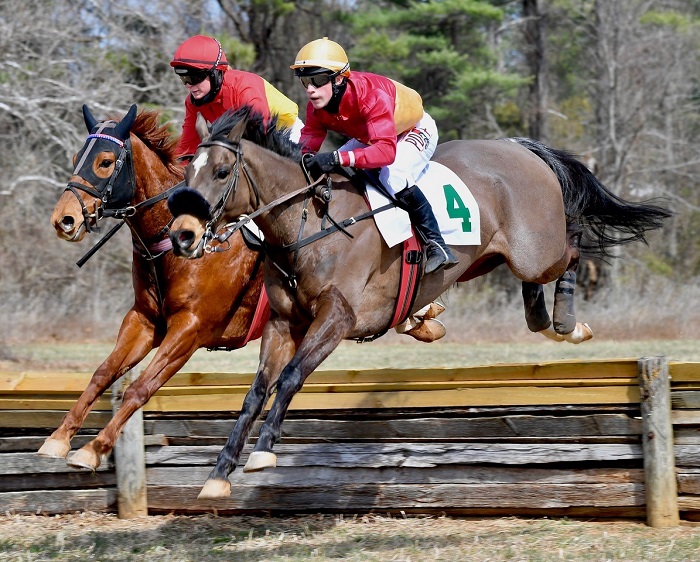 The Warrenton Hunt (VA) kicked off the spring point-to-point season on March 13, 2021, at the Airlie racecourse. Entries were light, but it was a fine start for the season after the depressing broken schedules of last year.

Five races were run under rules―two over timber and three on the flat. The hurdle races didn’t fill, but informal schooling races over hurdles allowed horses, jockeys, and trainers to make at least some use of their preparations.

In the first race, the Open Timber, trainer Katherine Neilson and rider Skylar McKenna jumped off to a good start for their day. Armata Stable’s Highway Prince notched the win in the stretch run against Some Response (trained and ridden by Teddie Davis) by just a length. Halfway through the race the pair hooked up as a team and didn’t settle the outcome until nearing the wire.

Highway Prince is a seven-year-old chestnut gelding bred in Ireland by Brendan Duke by a German stallion out of a British dam. Duke, a leading trainer in Europe, some will argue, is the best breeder there as well. 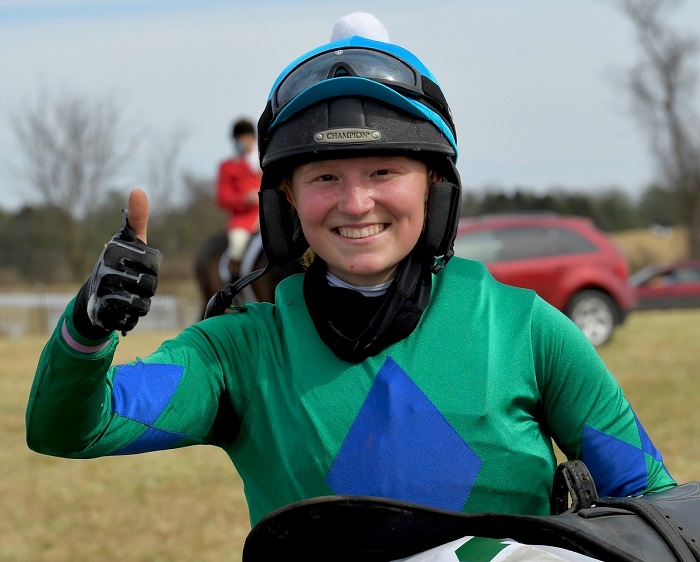 Skylar McKenna is all smiles after the Open Flat race with her second win of the day.  /  Douglas Lees photo

The same combination―Neilson and McKenna―also won the Open Flat race with Nancy Reed’s family-bred Awesome Adrian. The winning margin was shy of two lengths in the five-horse field and sufficient to make Katherine Neilsen and Skylar McKenna McKenna the big winners for the day. 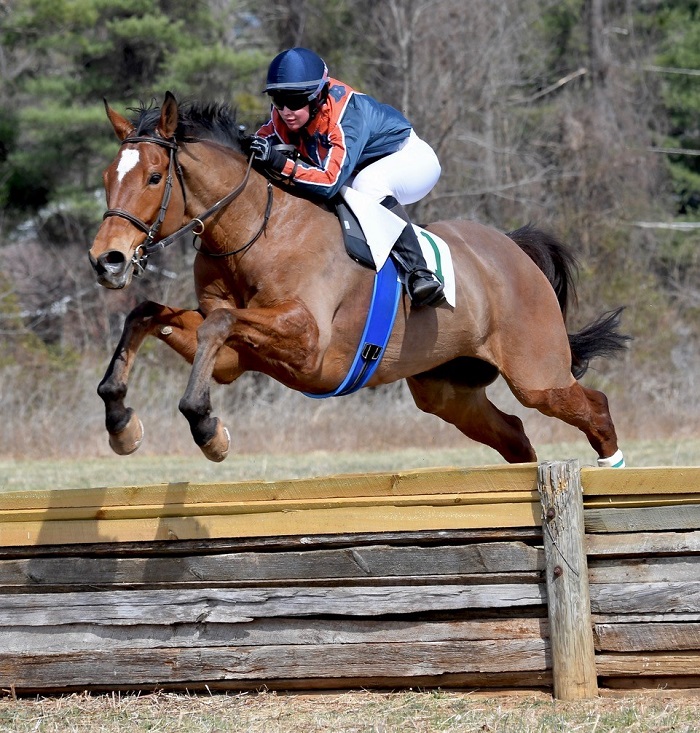 First Friday ridden by Sophie Henelius was first at the finish in the Novice Timber race. / Douglas Lees photo

Novice Timber was a two-horse race, and the only impediment to the Neilson/McKenna team sweeping three of the day's five races was First Friday, ridden by Sofie Henelius and trained by Doug Fout. First Friday is a Kentucky-bred seven-year-old bay gelding, a grandson of Dynaformer through his dam. 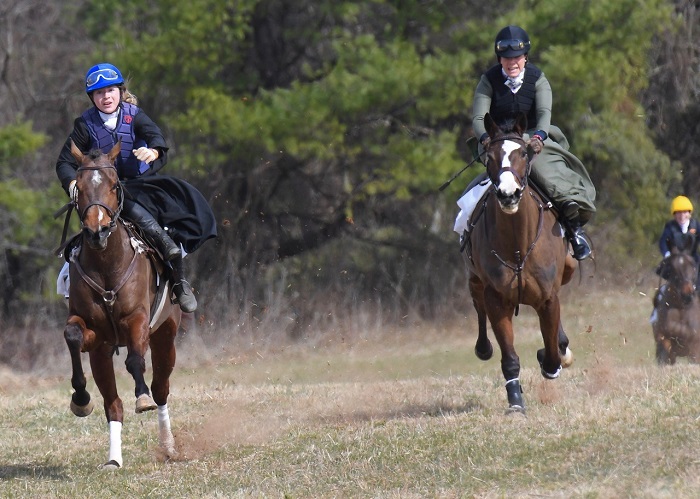 In the stretch run of the side saddle race is (l-r)  Sky Babe (Julie Nafe up) finishing first and Soul Approval (Devon Zebrovious up) placing second. /  Douglas Lees photo.

The Viola T. Winmill Side Saddle Chase Cup finished the same for these two riders, Julie Nafe and Devon Zebrovious, as it did two years ago at Warrenton. Both horses were different, however. This was the third consecutive year that Nafe has captured the Cup. Sky Babe, the winning horse, is a five-year-old mare owned, trained, and ridden by Nafe. She kept her young horse well off the pace, launched her winning drive with a half-mile to go, took over the lead from Soul Approval under Zebrovious in the last quarter-mile, winning this four-horse race by five lengths.