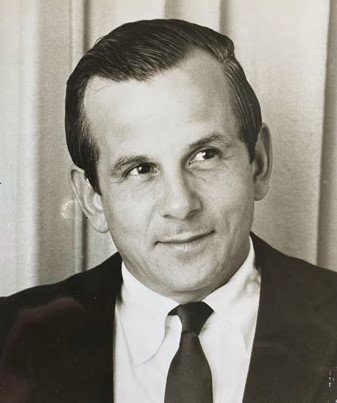 Oakleigh B. Thorne, sportsman, philanthropist, and businessman, known for his quick wit and irreverent personality, died on October 7, 2020 at his home in Millbrook, New York. He was 88 years old.

“Oakleigh came from the family that, more than any other, was instrumental in establishing the Millbrook Hunt as we know it today,” said Farnham F. Collins, ex-MFH.

“His great-grandfather, Oakleigh Thorne, was Master from 1910 to 1928. He brought hounds from England and opened an extensive country establishing the Millbrook Hunt as one of the premier hunts in America. Oakleigh B. and the Thorne family continued this heritage.

“The Millbrook Hunt was fortunate that Oakleigh B. maintained a strong interest in the Hunt, readily available to help guide decisions with encouragement and support. The Millbrook Hunt would not be the premier hunt it is today without his involvement over so many years,” Farnham said.

Mr. Thorne served as president of the Board of Governors of the Millbrook Hunt for thirty-five years. Millbrook was established in the 1890s and Recognized by the MFHA in 1909. He also served as Joint-Master of the Sandanona Hare Hounds from 1963 to 2012.

Mr. Thorne’s sporting interests were mainly beagling, fishing, and polo. He foxhunted for a few years and encouraged his wife, Felicitas, as she developed her interest in the sport. Mrs. Thorne joined Farnham Collins in the Mastership from 1979 to 1996.

His son, also Oakleigh, and his son’s wife, Jacqueline, are major landowners in the Millbrook hunt country and active foxhunters. Jacqueline is the daughter of Bill and Nancy Stahl, the latter having recently stepped down after twenty-five years as Joint-Master of the Millbrook.

In business circles, the late Mr. Thorne was best known for his stewardship of the Thorne family holding company, CT Corporation in New York City, through the 1960s and 70s. He merged that company into its largest holding, Commerce Clearing House Inc. in 1976. After the merger he served as Chairman of the Board of Commerce Clearing House which has provided information services for tax, accounting, compliance, and audit workers since the inception of the modern U.S. federal income tax in 1913.

In 1980, Mr. Thorne retired to the family's estate, Thorndale, in Millbrook, though he remained chairman of the board of CCH until the family sold the company to Wolters Kluwer in 1996. After retiring to Millbrook, Mr. Thorne pursued numerous avocations, including breeding Thoroughbred racehorses, wine making and polo. Though born to privilege, Mr. Thorne was quick to dispense with pretense and share his amusing observations and mischievous grin with all comers.

In Dutchess County he was best known for the philanthropy of the Millbrook Tribute Garden Inc., and his participation on the boards of numerous local non-profit organizations. He was a founding member and served on the board of the Dutchess Land Conservancy.

He graduated from St. Marks School in Southborough, Massachusetts in 1950—later serving on the board of St. Marks—and went on to Harvard University. He majored in economics and graduated in 1956, after his service in the United States Army in South Korea from 1953 to 1955.

Mr. Thorne often claimed that his proudest collegiate accomplishment came in 1952 when he and his roommate attempted to break a world record established by a pair of Russians who slapped each other every ten seconds for seventy-two hours. Though the pair did not beat the Russian record, they did receive quite a bit of media notoriety for the attempt. He belonged to numerous sporting clubs, including The Jockey Club, and served on numerous boards, including the Fiduciary Trust Company.