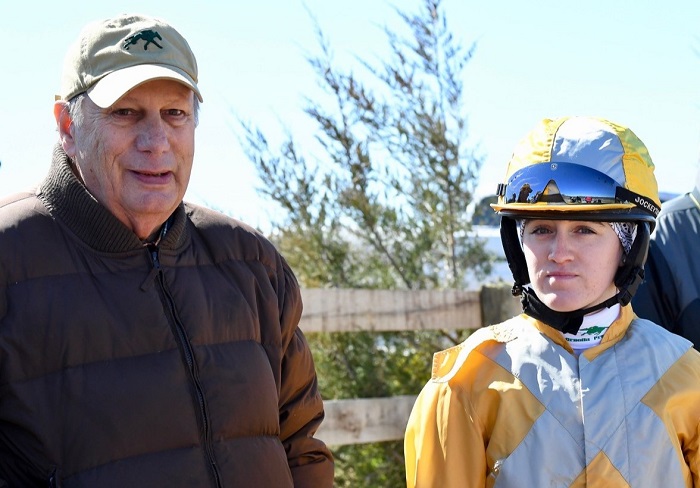 Point-to-Point host Larry Levy in the paddock for the first race over his new racecourse at The Hill with jockey Emme Fullilove. Levy’s Easy Exit reached  the wire for a third place finish...preceded by two Irish-breds!  /  Douglas Lees photo

Saturday, March 7, 2020 marked the return of the Rappahannock Point-to-Point Races to the spring schedule after a twelve-year absence. Larry Levy had a brand new racecourse ready for entries at The Hill in Boston, Virginia, and, except for the two-horse Lady Rider Timber race, all races were well filled.

Of six races, Irish-bred horses won five! And in two of those races they finished one-two. In the First Division of the six-horse Open Flat race, Irish-breds placed first through fourth. Just saying. 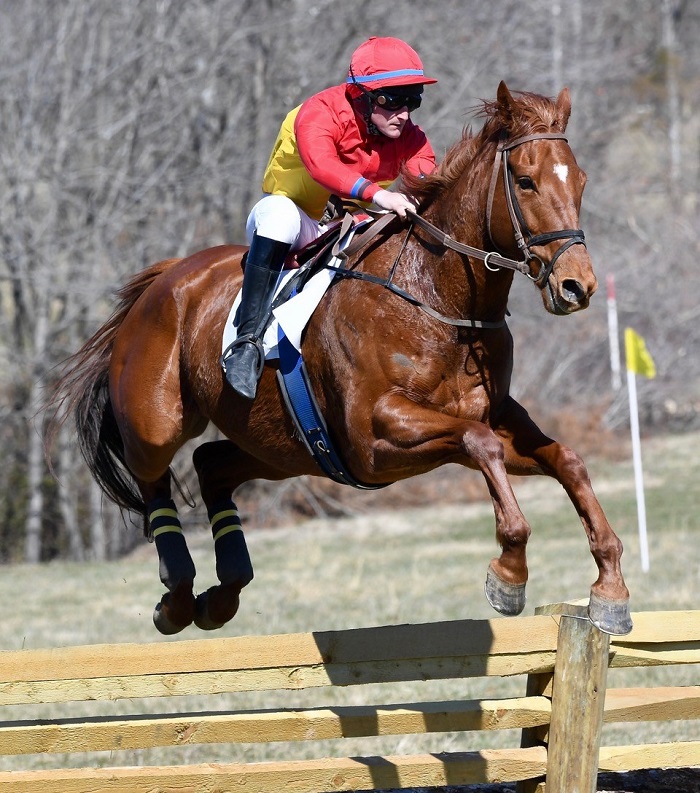 Highway Prince was among the leaders throughout the Maiden Timber, and narrowly won by a head. Fourth place finisher First Friday came on strongly in the stretch to provide even more excitement. 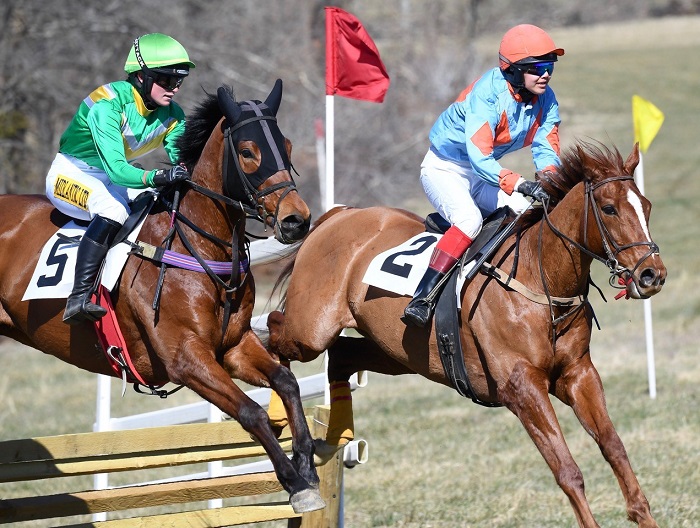 In the two-horse Lady Rider Timber race, Erin Swope shadowed Skylar McKenna for the first two loops around, took the lead in the final loop, but couldn’t hold off Irv Naylor's six-year-old Withoutmoreado who won going away by a length and a-half at the wire. Sweet Talking Guy has been winning timber races for Swope since she was riding ponies before Withoutmoreado was even foaled! 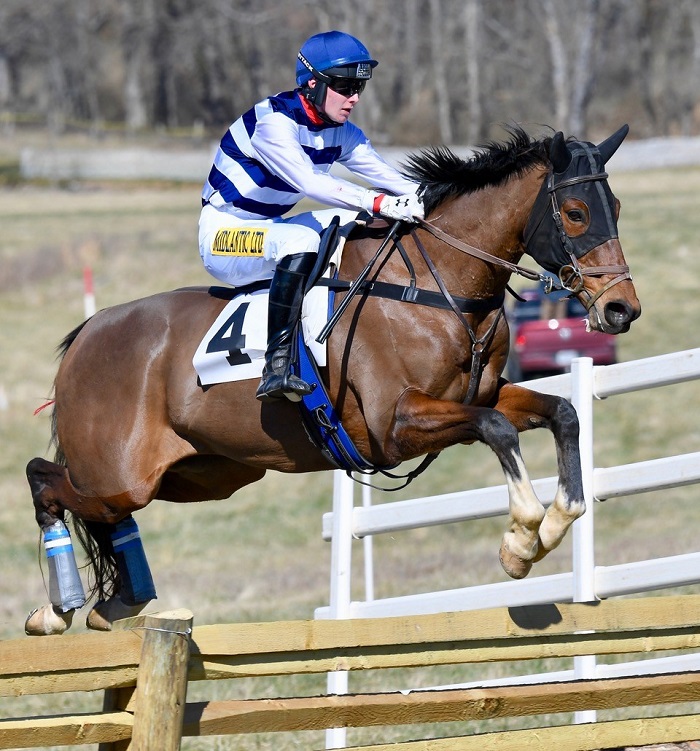 In the final timber race, Amateur and Novice Rider, Lawn Ranger with Parker Hendriks in the irons won by five lengths going away for owner/trainer Sanna Neilson. The eight-year-old bay gelding is by Dynaformer, sire of Kentucky Derby winner Barbaro. 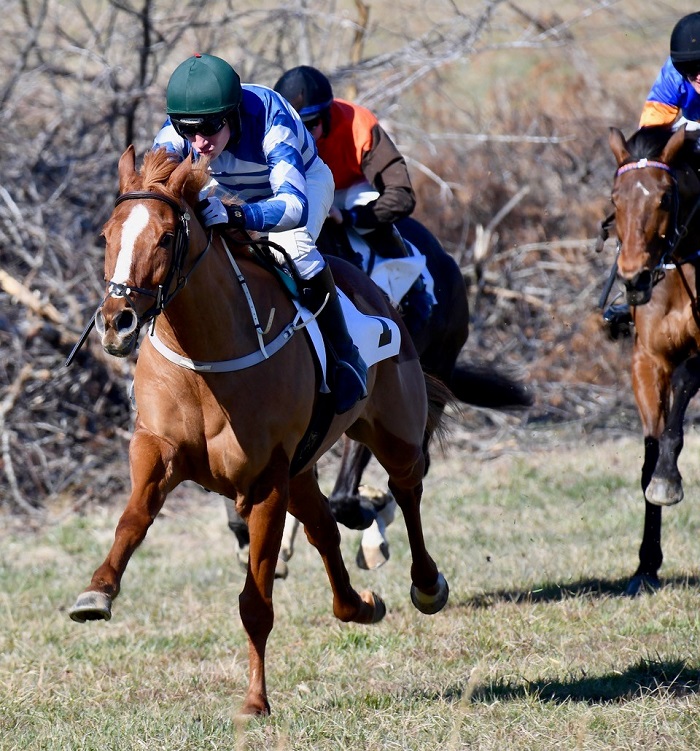 (L-r) Georgie Hyphen (Willie McCarthy up) wins the first division of the Open Flat race. Close behind at this point is Officer Sydney who finished fourth.  /  Douglas Lees photo

The Open Flat Race with eleven entries was split into two divisions. In the first, Terry Whittier’s five-year-old Irish-bred Georgie Hyphen (Willie McCarthy up) trained by David Bourke led the field throughout and was the easy winner by three lengths. Emerald Rocket, another Irish-bred, made a race of it for the last trip around and placed second. 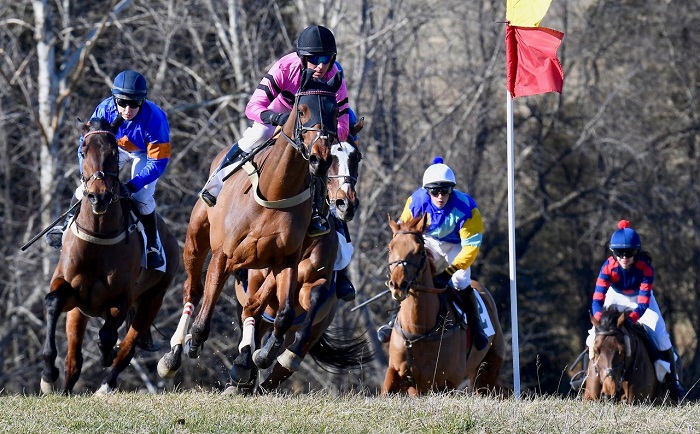 (L-r) Good and Proper (Elizabeth Scully up) running in the second division of the Open Flat race finishes second to the winner, Bodes Well, ridden by James Slater in the lead.  /   Douglas Lees photo

In the second division of the Open Flat, Bodes Well, another Irish-bred horse, went right to the lead and won easily. Bodes Well had James Slater aboard and is trained by Leslie Young.