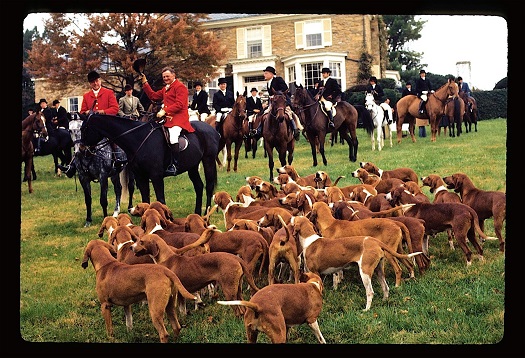 Born in Fauquier County, Virginia—the Old Dominion Hounds hunting country—Melvin lived there, except for a stint in the Army during World War II, throughout his entire life. In the Army he served as a Jeep mechanic and participated in the invasion of Normandy. Upon resuming civilian life, he missed out on a job as an auto mechanic and was hired instead by the Old Dominion Hounds, where he served as professional huntsman from 1948 to 1959 and for the 1961–1962 season. In 1964, he became the professional huntsman for the Orange County Hunt (VA) and continued in that role until 1991.

The Orange County pack of red ring-necked American hounds has long been one of North America’s premier packs, and a day in their superb hunting country south of Middleburg was always highly sought after by visiting sportsmen and women on both sides of the Atlantic. Melvin showed the best of sport and the best of humor to the famous, like Jacqueline Kennedy Onassis and Senator John Warner, to visiting sportsmen and women from all over the world, and to everyday foxhunters like me. 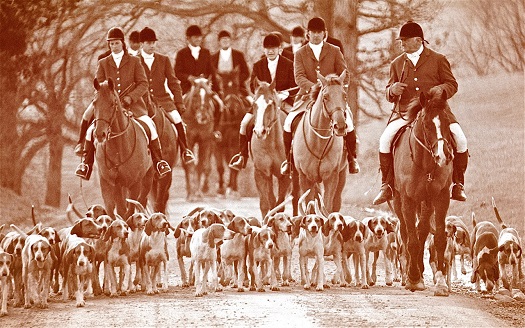 He never scolded the field for turning a fox or foiling a line. “If my hounds can’t recover a line that’s been spoiled, the fault is mine,” he maintained. I certainly remember many great runs when visiting the Orange County, but what stands out most in my mind is how Melvin’s hounds adored him.

We’ve all seen huntsmen hustle their hounds back onto the hound truck after a hunt, the theory being: capture them while they’re still here. Not so, Melvin. After hunts at the Orange County, he just allowed hounds to hang out. They weren’t about to leave; they were where they wanted to be—with him. The door to the hound truck would remain open while Melvin offered his homemade wine to the foxhunters. Some hounds would climb in; others would lie on the ramp or at his feet outside. They were relaxed and happy, and, if they weren’t snoozing, their eyes followed his every move in complete adoration. That wasn’t training. No one, not even Melvin, can train hounds to do that. That connection is made from somewhere deep inside. 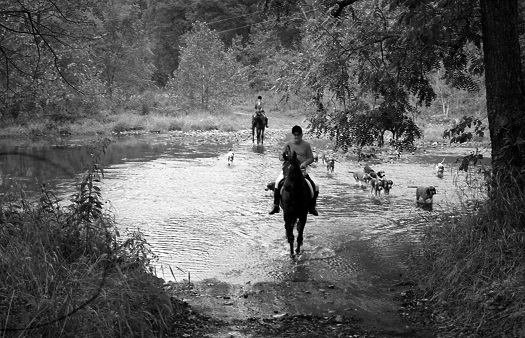 After his retirement from Orange County, Melvin was pretty unhappy. Even his wife, Peggy, declared him to be more like a foxhound than any other creature. The former long-time chairman of the Orange County Hunt, the late George L. Ohrstrom, Jr. had the answer.

Mr. Ohrstrom owned a farm, Fassifern, deep in the Allegheny Mountains of Virginia, in the town of Warm Springs, Bath County. Mr. Ohrstrom realized that he was in a position to provide a new purpose for Melvin, so in 1992 he established his private pack, the Bath County Hounds.

For more than fifteen years, Melvin, and the Bath County Hounds showed a unique style of sport and hospitality to foxhunting guests in an old-fashioned American way. He always wanted the field close behind him, so they could see the action. I remember a reliable covert on a plateau above an old factory in Bath County where he would hold up his hounds and, like a symphony conductor, position the field in the best place to view the fox away.

Melvin continued to hunt his hounds from his home in Hume, Virginia, accompanied by relatives, neighbors, and friends almost to his very last days. He has given advice and assistance on hounds and hunting whenever requested to hunts all over the country, from Misty Morning Hounds in Florida to the Long Lake Hounds in Minnesota. With Melvin Poe gone, a big empty space is left in America’s foxhunting world.

There will be a viewing at the Moser Funeral Home, 233 Broadview Avenue, Warrenton, VA 20186 on Tuesday evening, September 16, from 6:00 to 8:00 pm. The funeral service will be at the Marriott Ranch, 5305 Marriott Lane, Hume, VA 22635 at 11:00 am on Wednesday, September 17. A reception will follow at the Marriott Ranch. The burial will be private for the family. In lieu of flowers, the family requests that donations in Melvin’s memory be made to: The Hunt Staff Benefit Foundation in care of the Master of Foxhound Associations (www.mfha.org/hsbf) or to the Museum of Hounds and Hunting of North America, The Huntsmen’s Room, Attn: Nancy Bedford, Chairman, 2598 Five Points Road, Marshall, VA 20115.