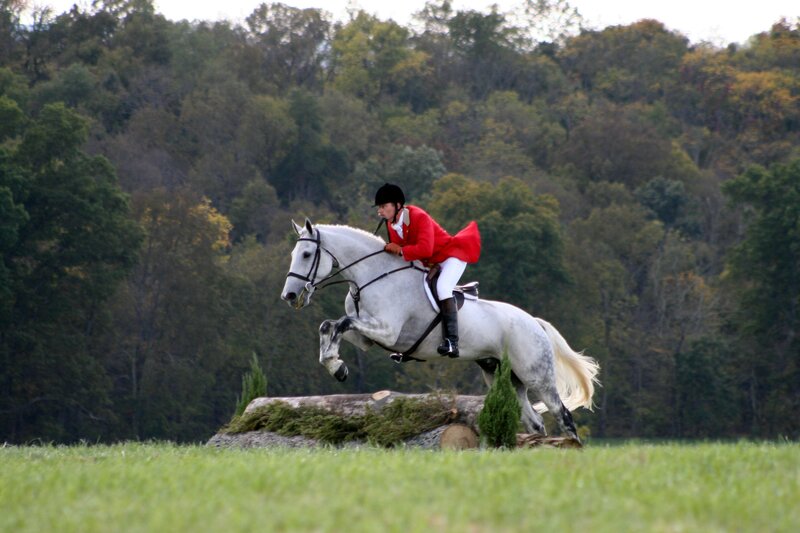 Photo from the 2007 MFHA Centennial Fieldhunter Championships, by Gretchen Pelham

The 2022–2023 hunting season becomes the foxhunters’ year of the horse as the Masters of Foxhounds Association (the “MFHA”) organizes a series of horse competitions across North America. The MFHA Field Hunter Championship is more than a celebration of the foxhunting horse; it’s a chance to earn regional and national field hunter titles that distinguish riders and their hunts. Additionally, it's an opportunity for hunts to raise funds.

This horse competition will be similar to the Centennial Field Hunter Championship that was held in 2007. Hunts will host Qualifiers in each of the MFHA’S fifteen Districts, with the top horses qualified to attend the Finals in May of 2023 during the Virginia Hound Show weekend.

Two divisions will be offered; jumping and non-jumping, called Hunters and Hilltoppers respectively. The Qualifiers and Finals will be open to Juniors who will compete with adults. In addition to the opportunity to place with adults, a Best Junior Award will be given at each Qualifier and at the Finals. For those who don’t remember, during the Centennial championship, the Juniors proved to be quite competitive, with a Junior winning the overall Championship at the Finals!

The MFHA is working with the District Chairmen of the Qualifiers every step of the way, providing everything from entry forms to judging guidelines to press release forms. Again, these Qualifiers are fundraisers for the hunts who are gracious enough to host them.

The MFHA will host the Finals Saturday, May 27, 2023, at Morven Park, Leesburg, VA, the venue of the Virginia Foxhound Show. The Finals for the Centennial Field Hunter Championship attracted over 4,000 spectators, and indications are this Championship will prove as popular.

For more information, foxhunters can contact their District Qualifier Chairman (visit www.MFHA.org at The MFHA Field Hunter Championship | Masters of Foxhounds Association of North America), or call the MFHA office at 540-883-0883.