New Forest Hounds Have Converted to a Bloodhound Pack 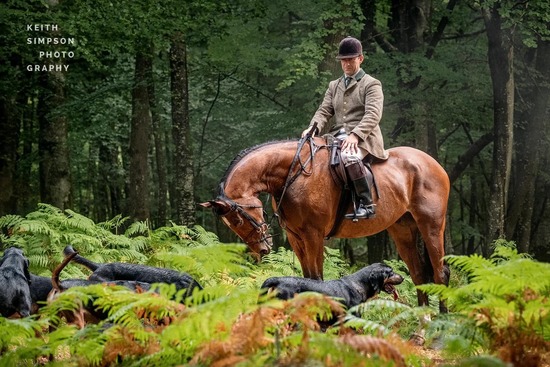 The New Forest Hounds in England has converted its foxhound pack to bloodhounds for the 2022-2023 season. The hunt club uses the historic New Forest, a national park consisting of over 71,000 acres in southern England. 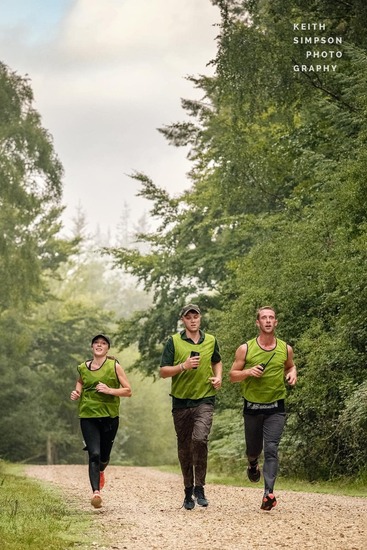 The Quarry Club in action, by Keith Simpson Photography.

The New Forest Hounds made the change from trail hunting (i.e. drag hunting) to bloodhounds due to the increasing difficulty in obtaining a license from the government department that manages the park, Forestry England. Bloodhound packs hunt “Clean Boot”, meaning the natural scent of a human runner. The hunt club has formed a Quarry Club to organize the runners that will be trained at running over Forest ground and will also travel from pub to pub to ensure a fun moral.

There has always been hunting in the New Forest. The hunt club practiced trail hunting from 2005 until last season. When foxhunting was legal in England, the New Forest Hounds hunted from the hunt’s organization in 1791 until 2004. And before that, over 900 years ago, the New Forest was designated a Royal Forest by a little-known chap called William the Conqueror to hunt stag.

The previous pack has been drafted to other trailing hunts. New Forest Hounds is known for its Welsh Foxhound blood, and their most famous (modern) hound was New Forest Medyk.

The service for fallen stock has been maintained by the hunt club, and it is used as a fundraiser for local charities.

There are five Masters in the hunt club, with Michael Woodhouse, MFH as the huntsman. The New Forest Hounds are a member of the Masters of Draghound and Bloodhound Association in the United Kingdom. The website for the hunt club is found here: https://www.newforesthounds.co.uk/

Obviously, if one wants to see an example of how to adapt, then one doesn’t need to look much further.

All photographs are by Keith Simpson Photography.