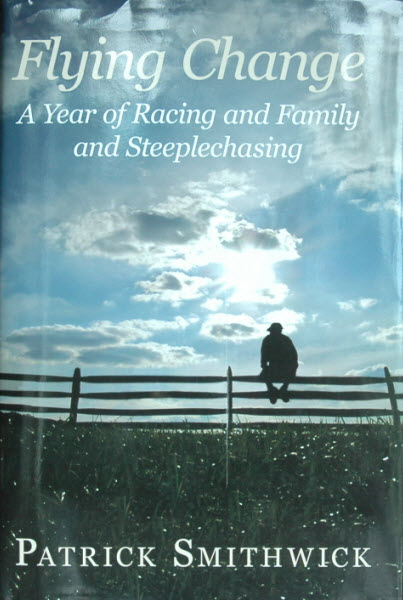 In Flying Change, the author—son and nephew respectively of Racing Hall of Fame horsemen Paddy and Mikey Smithwick and a rider possessed of his own bonafide credentials—relates the story of his return to steeplechase competition in his late forties, a quarter-century removed from his previous racing career. With humor, elegance, and charming introspection he recalls the difficult road back from complacent middle-age to athletic fitness…the doubts, the joys, and setbacks along the way in his quest to compete and to defy the passage of time.

Smithwick’s beautifully written book impressed all three judges, who remarked on the loving detail included therein, and the honesty—sometimes brutal—with which the story was told.

Submissions for the Dr. Tony Ryan Book Award came from all over the world, included among them histories, biographies, fiction, and a volume on equine law. In addition to the winner, finalists for 2012 were: Kentucky Derby Dreams: The Making of Thoroughbred Champions, by Susan Nusser; and The Garrett Gomez Story: A Jockey’s Journey Through Addiction and Salvation, by Rudolph Valier Alvarado, with Garrett Gomez.

Dr. Ryan, a successful businessman who founded Europe’s Ryanair airline in 1985, loved horse racing and a good story. In 2006 he tipped his hat to both by launching the Castleton Lyons Book Award, which with $10,000 in prize money quickly drew entries from some of the world’s foremost sporting authors. Although Dr. Ryan passed away the following year, the contest now named for him has since been carried on by his son Shane, president of Castleton Lyons.