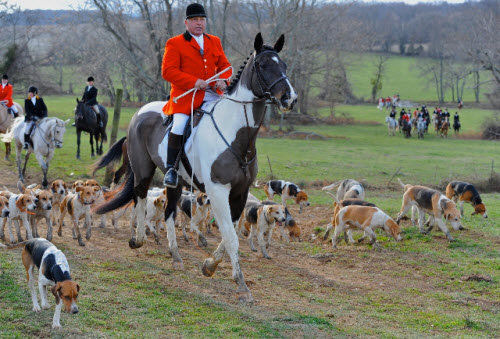 Completing the recent round-robin of “Huntsmen on the Move,” Martyn Blackmore will be the new huntsman at the Loudoun Hunt (VA) come the month of May, the traditional month for hunt staff to move to their new posts. Blackmore is the departing huntsman at the Loudoun West Hunt, just across town. With this announcement, a circle is completed as three huntsmen trade places among three hunts.

"Sue and I look forward to meeting Andy and Erin Bozdan," said Martyn, "and will offer them any help they may need."

To most members of the field, the huntsman is a heroic figure on horseback who gives us great pleasure in our moments of recreation. For the huntsman, however, those glorious moments are but brief episodes ina career for which their are very few opportunities available in the entire world! What brings these men and women to commit their working lives to such a career? Foxhunting Life will be starting a new series of articles focusing on huntsmen and their own stories of how they came to their profession. It promises to be a fascinating glimpse of lives most of us know nothing about. Watch for it!