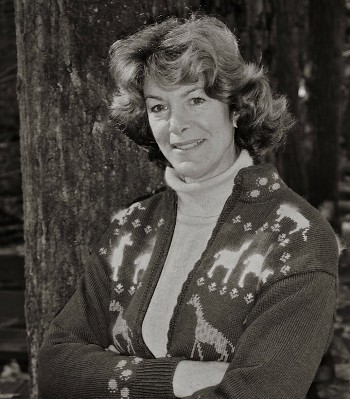 “I don’t know what we’ll do without her,” Orange County MFH John Coles said. “Hers was a life dedicated to the sport. She was a traditionalist, and kept things in line for us.”

Coles’s Joint-Master Malcolm Matheson agreed. “She was the eyes and ears of the Masters in the field,” he said. “She didn’t mind stating her opinions, good or bad!”

He paused, then chuckled remembering. “And she was fearless,” he said. “One time hounds struck on the other side of a five-foot stone wall. She was one of only four field members to jump that wall. Even Melvin went around! We four had the hounds all to ourselves until the others caught up.” 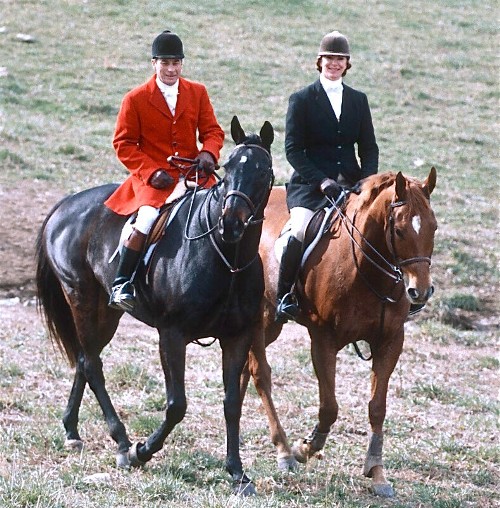 Mary South Hutchison lived in Middleburg and worked as a real estate agent. She had been battling cancer, but she was out and active right to the end, even closing on a property just three days before her death. The suddenness has shocked her community.

Joan Jones recently stepped down as president of the Virginia Foxhound Club, the organization that puts on the Virginia Foxhound Show. She and Mary South as treasurer have been the faces of the hound show for a good twenty years or so. With the show approaching in May, Joan finds herself trying to get a handle on all the financial matters, including the vendor spaces, that Mary South has for so long managed. Joan echoed Master Coles’s words to the letter.

“I don’t know how we’ll get along without her,” she said.

Funeral services will be held on Wednesday, April 10, 2013 in Middleburg.

Float tubing on the Shenandoah River with photographer Douglas Lees

# Monica Mock 2013-04-10 09:41
This is very sad news indeed. A lovely person who will be sorely missed by all whose lives she touched.
Reply
# Viviane Warren 2013-04-10 20:54
Mary South was an admirable human being, a true friend and always lived her truth.
Reply
# Karen Kandra Wenzel 2013-04-11 12:02
Mary South was a wonderful horsewoman. I first knew her in the 60's when her family's CLOVER HILL was a fixture for the Goshen Hunt in Olney, MD. Later she was a winner at all the big horse shows with her Champion hunter, SURREALIST. I always looked forward to seeing
her and catching up at the VA Hound Show.
Reply
# Bud Stuart 2013-04-11 21:01
My wife Lynda and Mary South were as close as any two sisters might be. Even though 3,000 miles apart, by phone and by mail they kept in constant, close touch. We just loved her visits out here to Santa Barbara so she and Lynda could spend days together shopping and all sorts of girl things. It will take a while to get over the shock, but she will always be in our hearts and minds.
Reply
Refresh comments list
RSS feed for comments to this post