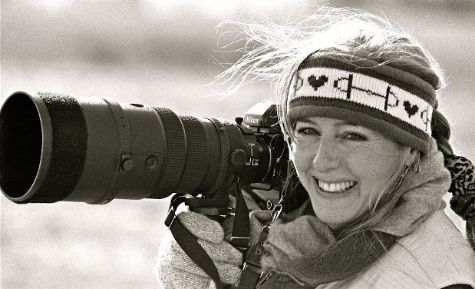 The investigation into the death of equestrian photo/journalist Sarah Greenhalgh is now entering its fourth month. On Monday, October 8, 2012, an official from the Chief Medical Examiner's Office said that Greenhalgh was murdered by a gunshot to the neck. The police are still gathering evidence, lab results are beginning to come in, but no suspects have as yet been named.

The body of forty-eight-year-old Greenhalgh was discovered on Monday morning, July 9, 2012 in her home in Upperville, Virginia after a fire there was knocked down by firefighters.

Followers of horse sport in the Virginia/Maryland area are familiar with Sarah Greenhalgh’s byline and photography. She has covered steeplechasing and other equestrian activities with skill and professionalism for many publications including The Chronicle of the Horse and Fauquier County newspapers.

It was an off-duty fireman driving home that morning who first noticed smoke coming from the house and called 911. Investigators have expressed interest in her last Facebook posting, around 11:00 p.m. Sunday night, which indicated that she was sleeping with the windows open and hoped to be left alone. An ABC TV video segment showed a portion of that posting which included a sentence fragment that most certainly caught the attention of investigators.

Unidentified witnesses told police that Greenhalgh was seen arguing with a man near his home on Sunday evening. Investigators obtained a warrant and removed articles from the man's home. Court records show that the man had pled guilty to a road rage incident in 2011 in which he had beaten a motorcyclist. No charges have been made in this case.

FHL will continue to update its reports on this tragic story as information becomes available.