Downing to Montreal: New Huntsman for the Oldest Hunt 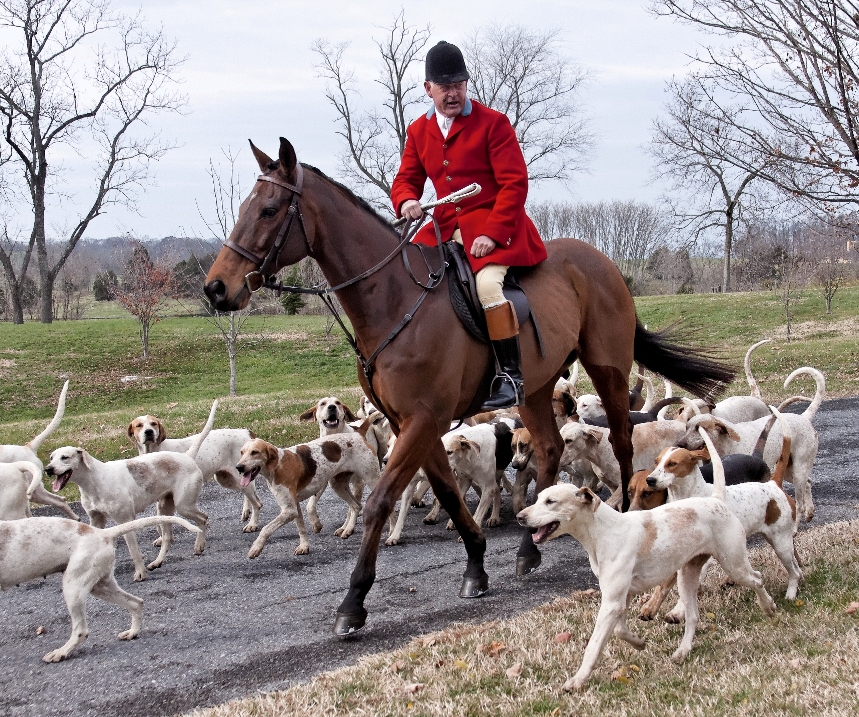 Downing moves there after eleven seasons hunting hounds and showing fine sport at the Blue Ridge Hunt (VA). The British-born and -trained huntsman has been in professional hunt service for forty years. Starting in 1972 as second horseman to the North Cotswold, he went on—as is the system in England—to whip-in to six hunts over a ten-year period: the Croome, East Sussex, Llangibby, High Peak, Pendle Forest and Craven, and Meynell.

He carried the horn for fifteen years in England—with the Llangibby, South Tetcott, and Croome—before moving to the U.S. as huntsman to the Mooreland Hunt (AL) where he found himself hunting a new quarry altogether—the coyote! After three years at Mooreland, Downing came to the Blue Ridge where he has been a popular and articulate spokesman for foxhunting in the community.

“Dennis has been a wonderful asset to the Blue Ridge Hunt during his years here,” said Linda Armbrust, MFH. “He has been a true professional throughout. He loves his hunting, and he loves his hounds. He will be missed by subscribers and landowners alike. Montreal is extremely lucky to have him.”