Huntsman Robert Howarth has been working his way south. He will carry the horn at the Blue Ridge Hunt in Virginia this year, arriving after a season hunting hounds at the Myopia Hunt in Massachusetts and before that the Hamilton Hunt in Ontario. Howarth will succeed Dennis Downing, now completing his eleventh season at Blue Ridge.

British-born Howarth started his professional hunt career as whipper-in at the Belvoir at age sixteen. After two seasons at the Belvoir he moved on, as is the custom of those in hunt service in England, and whipped-in at several other hunts for the next fifteen years.

He then went to the Holderness as huntsman and carried the horn there for eleven seasons. After twenty-seven seasons of hunt service in England, Howarth emigrated to Canada to hunt hounds at the Hamilton Hunt and then moved on to Myopia.

Howarth, who is steeped in the breeding of the Old English foxhound from his experiences at the Belvoir and the Holderness, will take over a pack of modern English and modern English-American crosses bred for the past eleven years by Blue Ridge Master Linda Armbrust.

Blue Ridge is still seeking to hire a professional whipper-in for the 2012-2013 season. 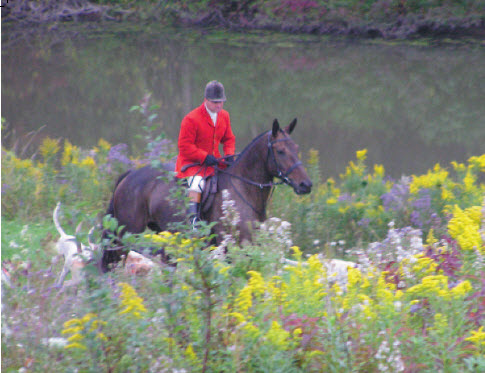