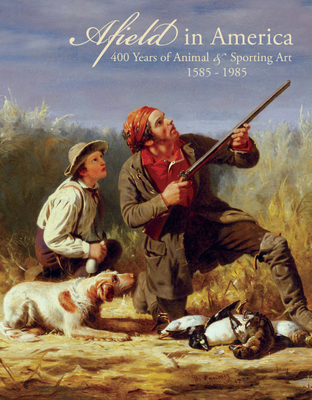 Catalog Cover: William Tylee Ranney, On the Wing, 1850, private collectionThe National Sporting Library and Museum in Middleburg, Virginia has announced details of the inaugural exhibition to be hung in its new museum building. The structure has been built around the nucleus of the 1804 brick mansion, Vine Hill, that housed both The Chronicle of the Horse and the National Sporting Library for so many years.

Designed to appeal to a wide audience, Afield in America presents works by iconic American artists such as Albert Bierstadt, Alfred Jacob Miller, and Frederic Remington, as well as those by recognized masters of the animal and sporting art genre, including John James Audubon, Edward Troye, Arthur Fitzwilliam Tait, and William Tylee Ranney.

“The works of other fine American sporting artists, which have long been esteemed by enthusiasts of the genre but, until recently, were often overlooked by art historians, are an important focus of the exhibition,” says Mr. Reuter. This group includes: William Herbert Dunton, Herbert Haseltine, Thomas Hewes Hinckley, Anna Hyatt Huntington, Alexander Pope, Ogden Pleissner, Percival Rosseau, and John Martin Tracy. Click for more details.

The National Sporting Library was founded in 1954 by George L. Ohrstrom, Sr. and Alexander Mackay-Smith. It is a library, research facility, and art museum now containing more than seventeen thousand books and works of art in the collections.

One week before the exhibition opens—from October 7–9, 2011—a historic coaching drive and gala will take place to commemorate the opening of the museum.