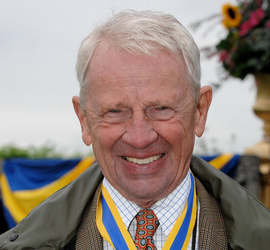 Foxhunter, visionary, and publisher Arthur “Nick” Arundel died in his sleep at home on Tuesday, February 8, one day shy of being named Outstanding Virginian of 2011 by the Virginia General Assembly. He was eighty-three.

Mr. Arundel was publisher of the Times Community Newspapers covering four counties in Northern Virginia, including Loudoun and Fauquier.

His father was a foxhunter and once served as head of the National Steeplechase and Hunt Association. His mother was an ardent conservationist. Mr. Arundel merged the influence of both parents into his life.

He was a foxhunter, he played polo, and he was an amateur steeplechase rider. He was a founder and president of the Piedmont Environmental Council.

He founded the Great Meadows Field Events Center near Warrenton, Virginia, home of the Virginia Gold Cup, polo matches, and numerous other field events. The 540-acre tract had been destined for houses on one-acre lots when he purchased it for his vision of a field sport center.

Wildcat Mountain, the site of his home in The Plains, was one of the first large land tracts to be placed under conservation easement in Fauquier County. In all, the Arundel family has placed more than five thousand acres under easement.

Mr. Arundel ran the Virginia presidential campaign for his friend and Harvard classmate, Robert Kennedy, served in the Marine Corps during the Korean conflict, parachuted behind enemy lines into Hanoi, served as a paramilitary officer attached to the CIA in Viet Nam, and was awarded two Purple Hearts as the result of receiving wounds in both conflicts.

More details may be had in the Fauquier Times Democrat.
Posted February 9, 2011
Previously published News articles may be found under News/News. 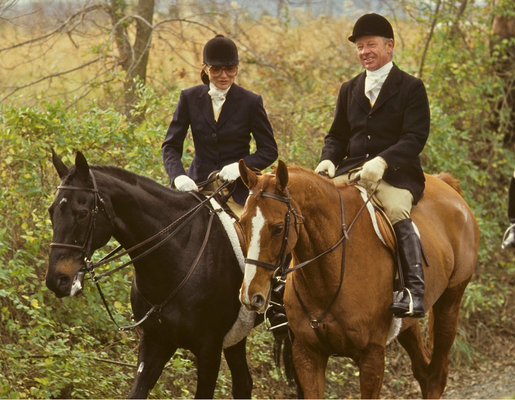 +1 # Marianne Sobchak 2011-02-10 06:19
Virginia and the fox hunting community has lost one of the best. My prayers are with his family. Enjoy the fox hunting in heaven. Marianne Sobchak, Bull Run Hunt
Reply
+1 # tiffany teeter 2011-02-12 16:57
peggy...my thoughts are with you...i remember well our trip to the pardubice!! a big hug tiffany teeter
Reply
Refresh comments list
RSS feed for comments to this post