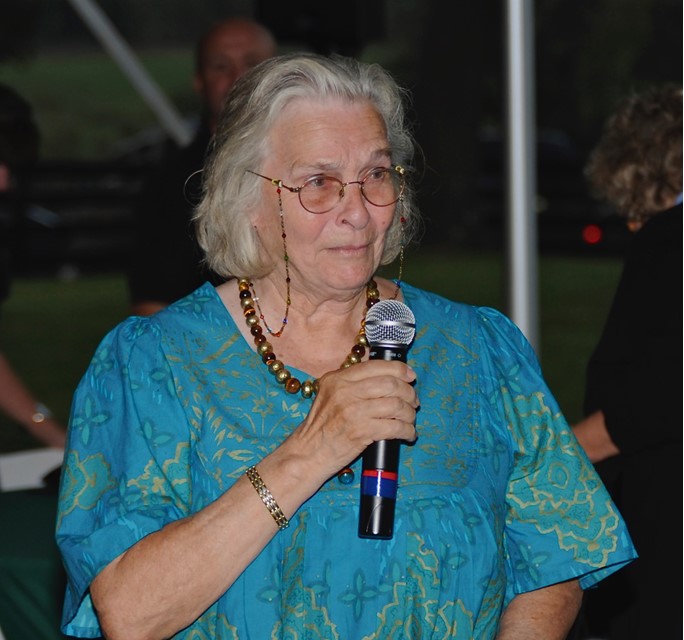 Peggy Poe of Hume, Virginia, passed away peacefully on January 18, 2021. She was eighty-eight.

Peggy was best known for her unfailing hospitality, her devotion to her family, and her fifty-one year's marriage and partnership with legendary huntsman Melvin M. Poe.

As a team, the couple spent much of their lives in the foxhunting world, sharing the thrills of the chase in the field and competitive sport in the show rings. An accomplished horsewoman, for many years she whipped-in to Melvin for the Orange County Hounds (VA).

In 1991, after Melvin retired as Orange County huntsman and started hunting the privately-owned Bath County Hounds, Peggy took her talents to full-time entertainment as chef for Melvin and the weekend hunting guests at Fassifern Farm in Bath County, Virginia. It was at Fassifern that your editor really got to know and love this kind and generous lady.

Melvin’s world-wide reputation was such that on occasion there may well have been widely-known figures at her table accustomed to the ultimate in dining experiences. But no matter who or how many hungry visitors sat down, Peggy always appeared quietly organized and supremely confident in her Southern inspired culinary skills. And with good reason: her preparations were delicious. And no matter who or how many visitors, the singular aspect of her seemingly effortless management of house and kitchen that was so obvious was her abiding love and solicitous attention to Melvin, clearly the center of her life.

One of Peggy’s many passions was raising miniature horses and pot-bellied pigs, establishing Poe’s Petites. She was a devoted mother to her children and an avid sports enthusiast, cheering on her family at sporting events, softball games, and jousting tournaments. Of all life’s joy, her greatest love was her husband Melvin, who preceded her in death. She has missed him greatly since his passing in 2014.

A grave side service was held on Friday, January 22, at Leeds Cemetery in Hume.