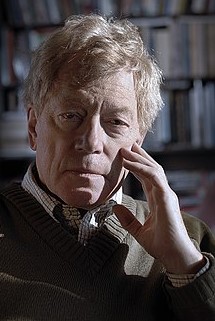 Sir Roger Scruton, conservative thinker, teacher, foxhunter, author, and advisor to the British government, died of cancer at age seventy-five on January 12, 2020. He wrote more than fifty books on aesthetics, morality, politics, and even on foxhunting.

In that well-received book On Hunting (1998), Scruton’s opening sentence goes like this:

“My life divides into three parts. In the first I was wretched; in the second ill at ease; in the third hunting.”

Scruton goes on to explain that foxhunters join together with their most ancient friends among the animals—hounds and horses—to pursue an ancient enemy—the fox. His book is a plea for tolerance towards a sport in which the love of animals prevails over the pursuit of them, and in which Nature herself is the center of the drama.

On Hunting brings the author’s philosophical best to his love for the sport and all it entails from terror to ecstasy. As expressed by one reviewer, “He begins with hunting but he ends with a moving romance with nature itself. In this regard, hunting is but a window into his soul and the limits of human nature. I have read all of his books and this one ranks among the best.”

Despite Scruton’s passion for foxhunting he managed to turn his mind to the writing of more than thirty books on other subjects, including Art and Imagination (1974), The Meaning of Conservatism (1980), Sexual Desire (1986), The Philosopher on Dover Beach (1990), The Aesthetics of Music (1997), Beauty (2009), How to Think Seriously About the Planet: The Case for an Environmental Conservatism (2012), Our Church (2012), and How to Be a Conservative (2014).

He also wrote novels, textbooks on philosophy and culture, and composed two operas. Scruton was an aesthete with much to say about many subjects that reside at our deepest core and make us human.

He was a lecturer and college professor for more than twenty years. In 1982, he helped found The Salisbury Review, a conservative political journal, which he edited for eighteen years. He was a member of the editorial board of the British Journal of Aesthetics, and was a Senior Fellow of the Ethics and Public Policy Center.

During the Cold War, Scruton was involved in the establishment of underground universities and academic networks in Soviet-controlled Central Europe and received numerous awards for his activities from those countries after they finally gained their freedom from Soviet domination. He received the Order of Merit from Hungary's right-wing nationalist prime minister, Viktor Orban, who described Scruton as an "ardent and active ally" of anti-communism in central and eastern Europe. He visited dissidents in Communist Czechoslovakia, smuggling in books, offering courses in suppressed subjects, and supporting banned artists. In 1985 he was detained then expelled from the country. After the fall of Communism there, Vaclav Havel, the dissident-turned-president, awarded Sir Roger the Medal of Merit.

He has been called "the man who, more than any other, has defined what conservatism is" by British MEP Daniel Hannan, and "England’s most accomplished conservative since Edmund Burke" by The Weekly Standard.

Upon Scruton’s passing, Boris Johnson led the tributes, calling him the country's "greatest modern conservative thinker," while Chancellor Sajid Javid said "he made a unique contribution to public life."

It was while visiting his first wife, Danielle Laffitte, during the May 1968 student protests in France that Scruton first embraced conservatism. He was in the Latin Quarter in Paris, watching students overturn cars, smash windows and tear up cobblestones.

“What I saw was an unruly mob of self-indulgent middle-class hooligans. When I asked my friends what they wanted, what were they trying to achieve, all I got back was this ludicrous Marxist gobbledegook. I was disgusted by it, and thought there must be a way back to the defence of western civilization against these things. That's when I became a conservative. I knew I wanted to conserve things rather than pull them down.”

He became a founding member of the Conservative Philosophy Group, which was intended to provide an intellectual basis for the Conservative Party to regain power in Britain. Newly elected Tory leader Margaret Thatcher attended the group.

From 1992 to 1995 he lived in Boston, Massachusetts, teaching an elementary philosophy course and a graduate course on the philosophy of music at Boston University. Two of his books grew out of these courses: Modern Philosophy: An Introduction and Survey (1994) and The Aesthetics of Music (1997). While in Boston, Scruton flew back to England every weekend to indulge his passion for fox hunting. It was during a meet of the Beaufort Hunt that he met Sophie Jeffreys, an architectural historian. They married in 1996, set up home on Sundey Hill Farm, and their two children were born in 1998 and 2000.

As a result of controversies which arose in his life and the passage of the Hunting Act of 2004 that banned foxhunting with hounds, Scruton and his family considered for a time moving to the United States permanently. In 2004 they purchased Montpelier, an eighteenth-century plantation house near Sperryville, Virginia. They used both homes for a period, but decided in 2009 against a permanent move to the U.S.

Scruton is survived by his wife Sophie and children Sam and Lucy.

# Guest 2020-01-28 12:31
Fascinating man - I have some reading to do !
Reply
# R. A. EDWARDS, III 2020-01-28 22:32
Thank you for this fitting remembrance of a true fox hunting man. The Rappahannock Hunt was honored to have Roger (he wasn’t a “Sir” then) and Sophie Scruton join as subscribers during their residency in Sperryville, Va. They were welcome additions to our membership and gracious hosts to the Hunt. We were saddened when they returned permanently to England, but we cherish our happy memories of hunting with Roger. He was a man of many parts, but truly one of a kind.
Reply
Refresh comments list
RSS feed for comments to this post