Dowling Returns: Will Carry the Horn at Cheshire 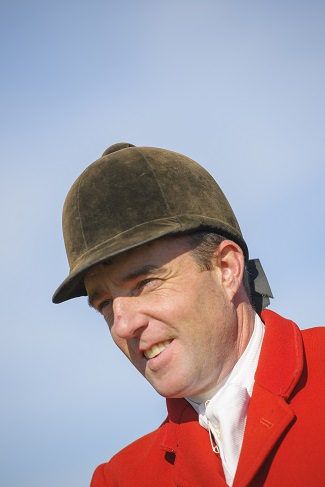 Ivan Dowling photo by Jim GrahamThe Masters and Directors of Mr. Stewart’s Cheshire Foxhounds (PA) have announced the return of Ivan Dowling as professional huntsman for the well-respected pack.

Dowling returned to hunt the Cheshire hounds on a temporary basis in February, upon the departure of huntsman Barry Magner, then in his second season. A search committee was established to review other potential applicants but decided instead to propose reviving the hunt’s previous long term relationship with Dowling. The retired huntsman enthusiastically agreed, according to the recent announcement from the hunt.

Dowling had retired in 2016, after a ten-year stint as huntsman. His retirement came after a twelve-year period during which, the breeding of the pack was radically—and successfully—altered from pure traditionally-bred Old English bloodlines to an Old English/Penn-Marydel cross. The breeding plan was initiated by huntsman John Tullock, Dowling's predecessor, to whom he whipped-in at the time. Upon Tullock's departure, Dowling and the Masters agreed to continue the program, wanting and eventually winding up with a foxhound that they felt combined the best traits of both breeds: the purposeful hunting drive of the Old English and the low-scenting ability under all temperatures and conditions of the Penn-Marydel.

While the two breeds hunt very differently—the Old English hounds driving to get forward on the line and catch up to the fox and the Penn-Marydels religiously following the scent, wherever it leads them—Dowling managed through judicious breeding to produce the pack he wanted, maintaining the few purebred lines that gave him the best combination of traits for ongoing breeding purposes.

Dowling and professional whipper-in Stephanie Boyer were married, both retiring from Cheshire to their Grey Lake Stable, to board, train, and prepare field hunters and timber horses for livery and sale. Now, with a waiting list for boarders and Dowling's success with timber horses last season, Grey Lake operations are humming and will undoubtedly continue so under Stephanie’s expertise, the pull of the foxhounds on her husband most probably coming as no great surprise to her!

John B. Hannum, Jr.—the son of Mrs. Nancy Hannum, senior Master of the Cheshire foxhounds for more than fifty years after taking the horn from her step-father W. Plunkett Stewart who founded the pack in 1912—said about Dowling at the time of his retirement, “He was a passionate huntsman, and he loved his hounds.*