Here are the first twenty minutes of a fast moving fifty-minute coyote chase in the Green Creek Hounds (SC) hunting country. It was recorded on October 6, 2019 by Donald “DJ” Jefferis, MFH, Green Creek, during a joint meet with the Aiken Hounds (SC). The coyote makes a brief appearance. With the audio on, it will drive any dogs in your house wild with excitement. Jefferson “Tot” Goodwin and his wife Colleen have established a new hunt, the Goodwin Hounds, to hunt country in Inman, Statesville, and Union, North Carolina. The country was previously hunted by the Stonebroke Hounds which disbanded in the late 1990s. Landowners seem to be prepared to welcome the return of foxhunting to the area.

Not long ago there were there were four hunts in the Foothills area in the northwestern part of the state: Green Creek Hounds, Tryon Hounds, Greenville County Hounds hunting the Gowensville area, and Stonebroke Hounds hunting in Inman. The Greenville country has been assigned to Tryon by the MFHA, and Goodwin has permission to hunt from landowners in the old Stonebroke country. He plans to start small and has applied to the MFHA for Registration. 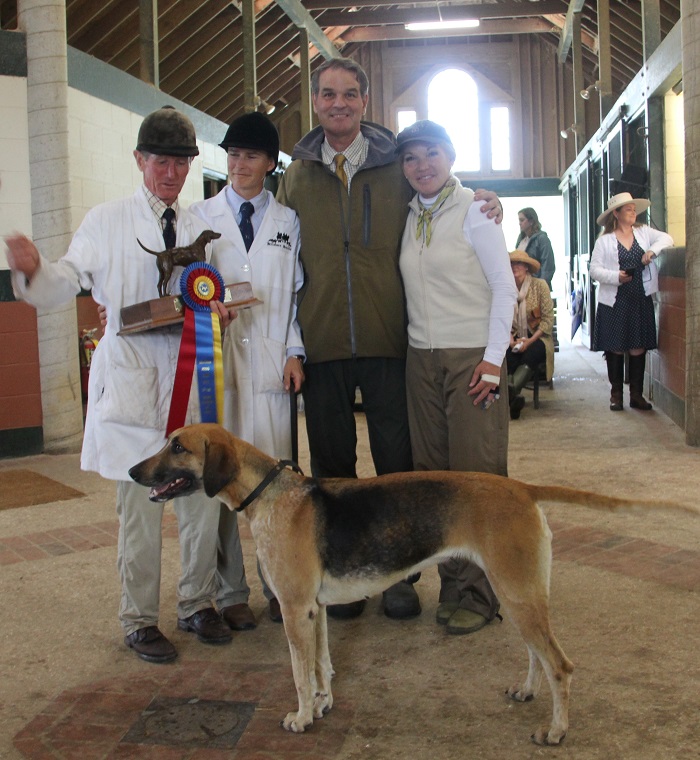