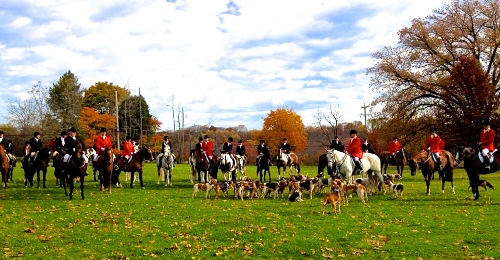 John Dean has returned to Pennsylvania to become huntsman for the Radnor Hunt. Although he spent his last seven years hunting coyotes in Missouri, Dean is well-known to veteran foxhunters in Pennsylvania.

Dean was huntsman for the old West Chester Hunt, an un-recognized pack in that state, and served as professional huntsman for the Wicomico Hunt in Maryland from the late 1990s. His wife Pam has connections to Radnor through her father, Bob Wilson, who hunted the Radnor hounds from 1972 to 1990.

Radnor celebrated the start of its 131st consecutive season on Opening Day, Saturday, November 2, 2013. After a stirrup cup accompanied by the music of bagpipers, the new huntsman took his pack of 15-1/2 couple of American foxhounds and led a field of fifty-six riders and a horde of car-followers to the first covert. 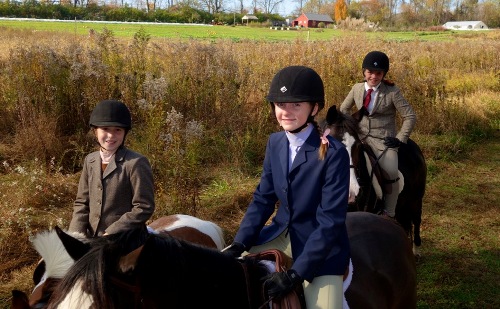 “Foxes were plentiful,” writes Collin McNeil, MFH, “and John Dean’s hounds accounted themselves well with one big, red Charlie speeding past the second field within just a yard or so.”

The customary hunt breakfast was held later at the clubhouse, where the new huntsman was toasted and the day’s stories shared. 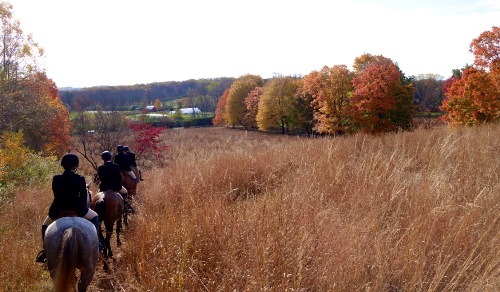