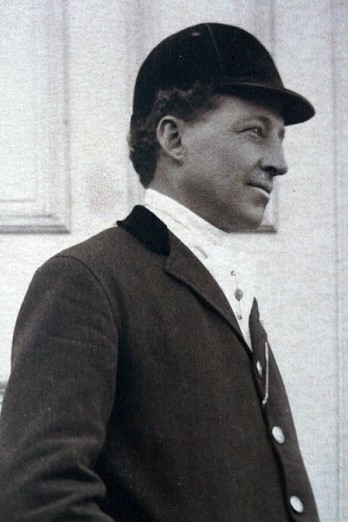 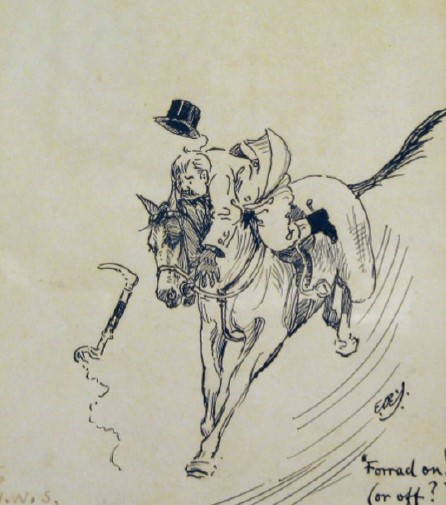 "...made me feel as if I were being skillfully kicked downstairs."  /   Illustration by Edith Somerville

This week's Bonus article, free to all (no subscription necessary), finds Major Sinclair Yeates, R.M. (Resident Magistrate) posted to Ireland by the British Crown with the authority to adjudicate local disputes. He rents a house, Shreelane, for himself and his wife-to-be, Philippa, from Mr. Flurry Knox, Master of the local pack of foxhounds.

No one can accuse Philippa and me of having married in haste. As a matter of fact, it was but little under five years from that autumn evening on the river when I had said what is called in Ireland "the hard word," to the day in August when I was led to the altar by my best man, and was subsequently led away from it by Mrs. Sinclair Yeates. About two years out of the five had been spent by me at Shreelane in ceaseless warfare with drains, eaveshoots, chimneys, pumps; all those fundamentals, in short, that the ingenuous and improving tenant expects to find established as a basis from which to rise to higher things. As far as rising to higher things went, frequent ascents to the roof to search for leaks summed up my achievements; in fact, I suffered so general a shrinkage of my ideals that the triumph of making the hall-door bell ring blinded me to the fact that the rat-holes in the hall floor were nailed up with pieces of tin biscuit boxes, and that the casual visitor could, instead of leaving a card, have easily written his name in the damp on the walls. 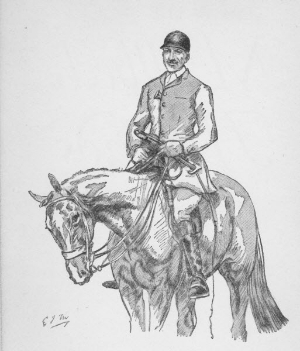 Details
By Somerville and Ross 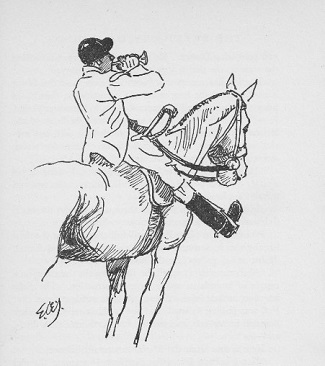 Illustration by Edith SomervilleNow that we all have more reading time on our hands, here is this issue’s Bonus Article to fatten the content for our subscribers and to open more articles, previously restricted, to our non-paying registrants. We’ve been talking about the Irish cousins and author team of Someville and Ross in this issue, so here’s a condensed version of a chapter from Experiences of an Irish R.M. The narrator is Major Sinclair Yeates, the lovable (in the instance of the Somerville and Ross stories) British Resident Magistrate (R.M.) sent to Ireland to adjudicate local disputes in the days before Irish independence in 1922.

Is Irish Hunting Really That Crazy? 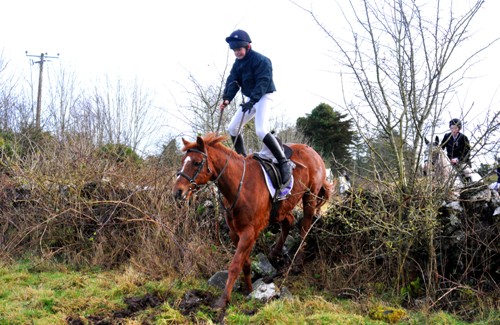 Denya Clarke, who hunted from childhood in Virginia, was an A-Pony-Clubber, and now lives and hunts in Ontario, posed a question about foxhunting in Ireland. She writes:

“Several of us are interested in hunting in Ireland, but it seems a matter of pride to the Irish to boast about the speed, dreadful weather, jumps onto roads, formidable ditches, intimidating banks, wire, rain, steep hills, rivers, and rocks that one will face hunting in Ireland. We're not chickens, but do the experts have any suggestions as to where or how to hunt in Ireland that doesn't require doubling (tripling) your life insurance and leaving your up-dated will in the lorry?”

We asked Hugh Robards and Noel Mullins to respond—Hugh, because he showed world-class sport as huntsman for the County Limerick foxhounds for twenty-seven seasons, and Noel, because he is a lifelong foxhunter and one of those guilty Irish journalists that Denya refers to in her question. Though this book is about the language of horse racing, much of the content is common to all horse people. And hunt racing and steeplechasing terms are included. And the little volume is the work of Rosemary Coates—a favorite illustrator of ours, whose work illuminates Deirdre Hanna’s humorous and continuing series about the two nineteen-year-old girls who left post-war England to work with horses in America.

Maiden, weaver, hands, claimer, the going, pony (the verb!), schooling, stayer—these and more than a hundred other examples of the arcane language of racing and horsemanship are tackled, many accompanied by Rosemary’s clever paintings. Also included is an alphabetic Glossary of Terms and a serious page on “How to read a Racecard.” Just the latter alone could turn the modest price of this book into a sound investment for the occasional race-goer’s next outing at the steeplechase course or racetrack. My Hunting England, James Barclay, Ruddocks, Lincoln, UK, 2015, cloth, illustrated, large format, 143 pages, £45Foxhunters are often regarded by the uninitiated as a pack of wealthy horsemen in fancy clothes galloping gaily over the countryside. Truth be told, some foxhunters riding in their private and select world above the fray see it the same way.

James Barclay learned differently. In his just-published My Hunting England, he tells of his life in hunting, his love for England, and—for a man born high above the fray—tells his story with humanity, sympathy, and respect for all manner of hunting man and his quarry.

A frequent contributor to the pages of Foxhunting Life, James Barclay was born to a banking family well-represented in the world of hunting. He, his sister, two brothers, mother, father, grandfather, and great-grandfather all served as Masters of Foxhounds—a family way-of-life that began in 1896 when his great-grandfather became Master of the Puckeridge. James served as Master of five hunts from 1983 to 2012: the Essex and Suffolk, Fitzwilliam, Cottesmore, South Wold, and Grove and Rufford.

James’s new book is part memoir, part snapshot of hunting in the twenty-first century, and part tribute to those who left their mark on the sport of his life. He entered hunt service at the bottom and toiled alongside the other lads in the kennels. Nor, as he was to find, were all kennels equal.

Gregg Ryan, MFH Back in the Winner's Circle at Orange County 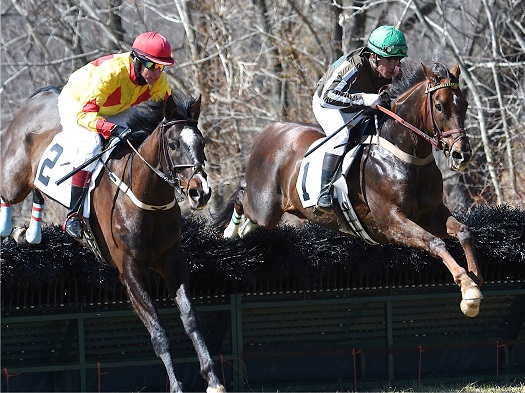 Gregg Ryan, MFH of the Piedmont Fox Hounds and the Snickersville Hounds in Virginia, marked his return to the racecourse by winning the Amateur Novice Rider Hurdle Race on his veteran, Spy In The Sky. Ryan allowed Ben Swope on Special Guy to set the pace for much of the race, before pulling away with five furlongs to go. Special Guy, as he did at Warrenton, made a late rush, but not enough.

Spy In The Sky is trained by Eva Smithwick, Gregg’s Joint-Master at Snickersville. Trained in years past by Jimmy Day, Spy in the Sky won the $100,000 A.P. Smithwick Memorial Handicap at Saratoga in 2012, returning long odds of 25-1 to the lucky ticket holders there. 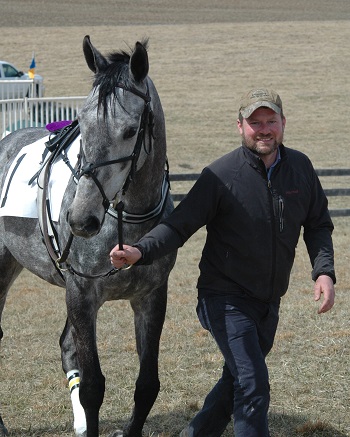 Trainer Teddy Mulligan marked his return to the racecourse with a win in the first race. / Nancy Kleck photoThe sixty-sixth running of the Blue Ridge Hunt Point-to-Point Races were held at Woodley Farm on Sunday, March 22, 2015. This was the second year in a row that the Blue Ridge race meet had to be postponed due to the weather.

Trainer Teddy Mulligan returned to the racecourse after a year’s absence, saddling his first horse for the first race since his leave-taking and scoring his first win. Bedizen and Zol Zayne, the one-two horses, pulled away from the field of four in the Maiden Hurdle Race with less than a quarter mile to run. Turning for home, Bedizen with Jeff Murphy up took the lead and drew away for a convincing win.