Sherman Haight is inducted into the Huntsman's Room of the Museum of Hounds and Hunting in May, 2016. / Douglas Lees photo

With the passing of Sherman Haight, the foxhunting world has lost one of its longest serving gentleman-statesmen. He was ninety-three.

I use the term “gentleman” in its fullest sense, mourning both Sherman and an age that is passing with him and his few remaining contemporaries. I don’t believe I ever saw Sherman without a shirt and tie, even in his own home and even when visiting in the morning.

He was a true statesman for our sport, born of a dedicated foxhunting family. His father, his father-in-law, his brother, and he were all Masters. His mother, game for any adventure, followed hounds on both sides of the Atlantic. His record of accomplishments and innovations, many of which are taken for granted by today’s foxhunters, is lengthy. 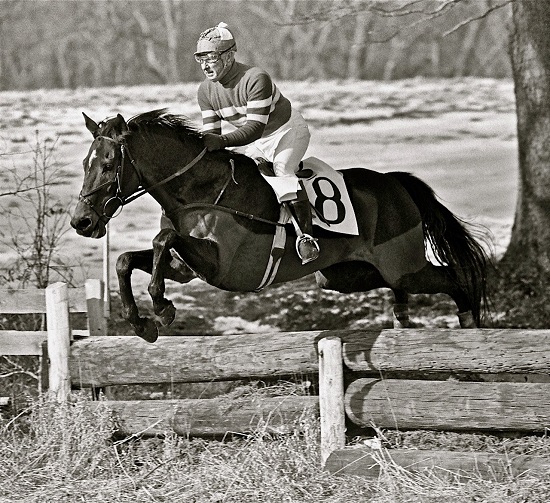 Rhoda Hopkins Root Lived Life at the Top of Her Games Rhoda Hopkins, one of the first female professional huntsmen* in North America, died peacefully on June 18, 2017. She was eighty-eight.

Rhoda hunted the Fairfield County Hounds (CT) for fifteen years, from 1979 to 1994. Her pack of Penn-Marydel foxhounds provided excellent sport in the field, and excelled at the hound shows, winning the Pack Class at Bryn Mawr for seven consecutive seasons. Hers were the first Penn-Marydels I ever hunted behind, and I remember galloping as fast to keep up as I have behind any other pack of foxhounds since.

Bucky grew up in Tryon, North Carolina. His father J. Arthur Reynolds, Sr., a native of Orange, Virginia, was huntsman of the Tryon Hounds at the time. Both Bucky and his sister Betty Reynolds Oare grew up foxhunting and showing. Reynolds, Sr., a professional horseman, ran his own boarding and training facility. Bucky and his sister learned to ride under their father’s instruction, and both siblings helped break and train the sale horses as children. Each of the three—father, son, and daughter—have been inducted into the National Show Hunter Hall of Fame.