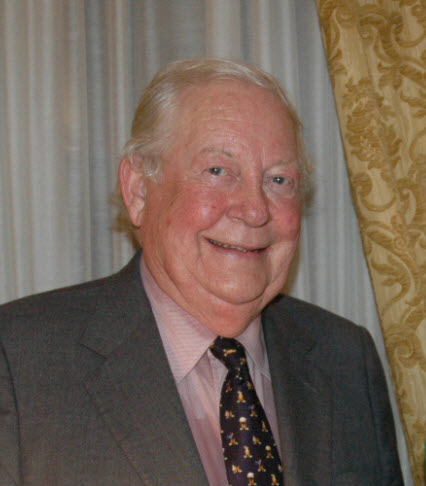 Peter Patrick, the Fifth Baron Hemphill, passed away on Friday, April 6, 2012 at the Galway Clinic after a short illness. He and his wife Lady Anne Hemphill are well-known to many North American sportsmen and women who have hunted with the Galway Blazers. His father, the Fourth Baron, married his mother Emily Sears in Saint Patrick's Cathedral in New York.

Lord Hemphill was an exceptional individual—charming, entertaining, and a great friend to the Galway Blazers where he served as Joint-Master in the heyday of hunting in Ireland. He made his estate, Tulira Castle, regularly available to the hunt. American film director John Huston was a fellow Joint-Master when he lived at St Clerans not far from Athenry. The two men hunted and socialised together with their respective wives, Toni and Lady Anne, the latter serving as Field Master of the Blazers for many years. They all sailed frequently in Galway Bay with many of the prominent visiting Hollywood film stars, often visiting the Aran Islands where a sing-song was always on the agenda at a local hostelry!