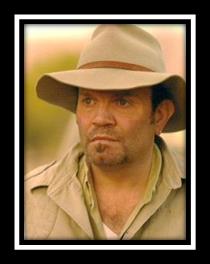 +3 # W.Steven Mruk 2013-12-11 10:50
I had the pleasure of meeting "Chip" during Fox Hunters Week in Tryon NC.many years ago,we hit it off right away,.Listening to Chips stories was mesmerizing,I spent time hunting with him and hanging out in local pubs,listneing to his adventures.I think Chip lived the life we all can only dream of and touched many of Our lifes, I will truely miss Him ....
Reply
+1 # Lizi Ruch 2013-12-11 19:30
I feel blessed to have hunted with Chip and the Santa Ynez Valley Hounds. Good times, beautiful country and always came away knowing I had a wonderful day.Remember him well, so very sorry to hear this news. I believe I still have some pictures from those times. Sending my thoughts and condolences, I will cherish these memories.
Reply
+1 # John Head 2013-12-19 16:53
Tonight in Rappahannock County, Virginia Patti and I will raise a glass to honor Chip, great sport that he was. Snow has come here early, and today Old Dominion Hounds went out and I was along. Chip would have enjoyed the snowy trails in the woods and the gallops across open slippery pastures.

When we hunted with Santa Yenz, Chip and Clair showed us the kennels and with pride and conviction told us about their breeding. A nice hunting day followed with Steve Lyons leading. We even "bought ' a pup at the auction which folled our day in the canyons. In the event that you have never heard an Amerciacn pack urged on in French, go see Calir hunt hounds! Chip will be there in spirit too.
Reply
Refresh comments list
RSS feed for comments to this post