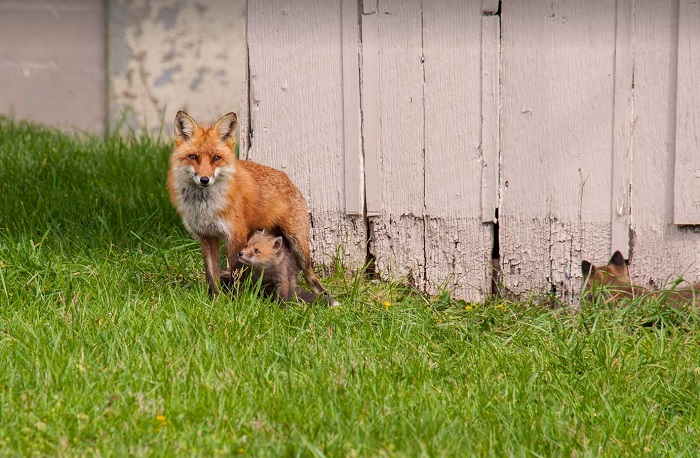 Theresa Ball’s photograph of vixen and cubs was the winning entry in the eighth Annual P.E.C. Photo Contest, Native Plants and Wildlife category, 2017. The Piedmont Environmental Council is renowned for its ardent preservation of the natural resources, history, and beauty of Virginia’s Piedmont. 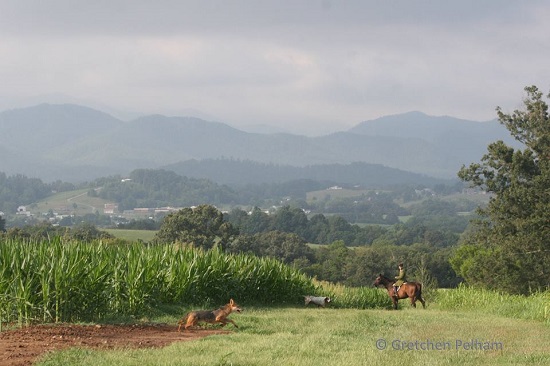 Details
Picture of the Week
By Lucy Clarke 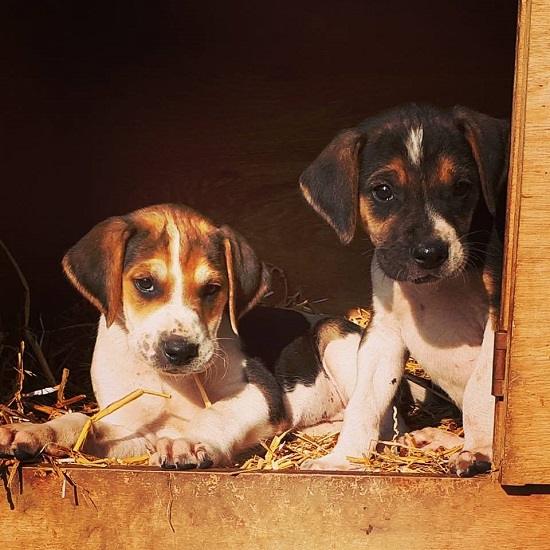 Innocence and expectation, tenderly captured by Lucy Clarke, is what your editor sees in the expressions of these Monmouthshire foxhound puppies in southeastern Wales.

Baily’s tells us, “In 1695, Mr. Powell kept a pack of hounds that hunted anything. Mr. John “Squire” Lewis, Master from 1738–88, married Miss Powell, kept hounds at Llantilio, and hunted fox, hare, and otter. From 1788–1832, hounds hunted fox and hare. In 1832, Mr/ Lewis wished to give up keeping hounds, and Captain Stretton, then quartered at Brecon, volunteered to take them. Mr. Lewis presented him with the pack, which was installed in kennels near Abergavenny. Captain Stretton hunted hounds from 1832 to 1835. The Monmouthshire Hunt Club was established about 1835. The Hunt Club ceased to run the Hunt in 1945, since which time control has been vested in a Committee of farmers and representatives of the Hunt Club.”

The pack composed of English and English-Welsh crosses is the property of the Committee.

Forget the Hounds, You Foxes, and Worry About Me! This Douglas Lees photograph captures the huntsman’s horse expressing himself most clearly!

Out of the Stick Pile

Details
Picture of the Week
By Joanne Maisano 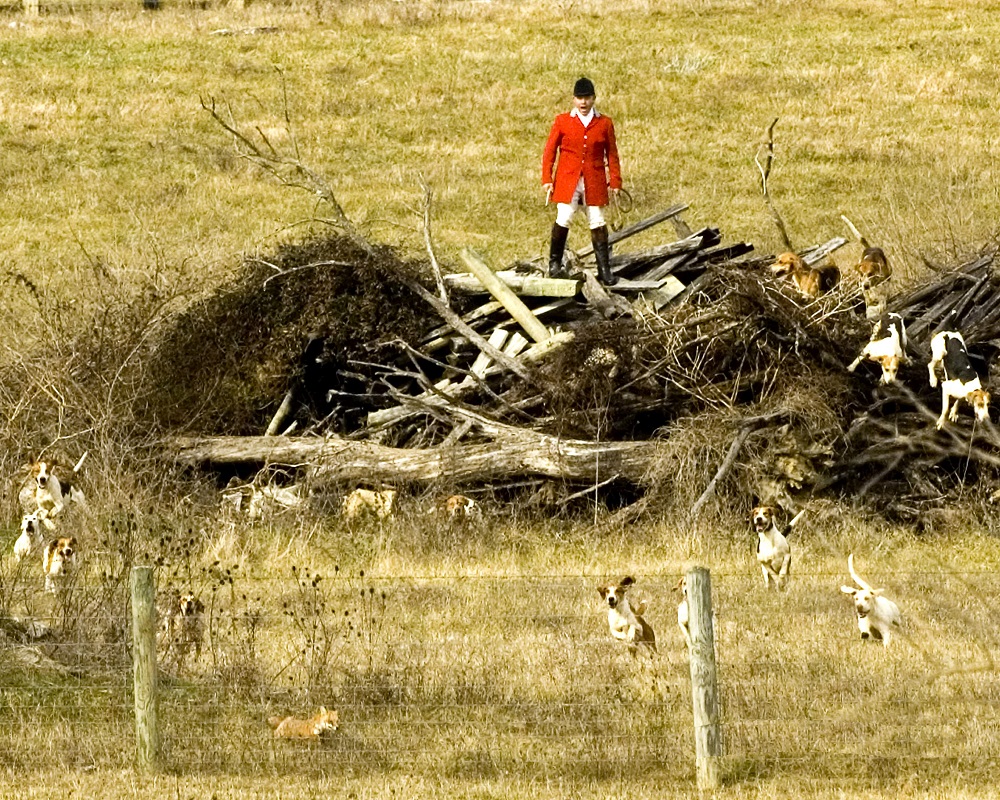 Click image for larger version. / Joanne Maisano photo
Following the foxhounds of the Blue Ridge Hunt from their meeting at the Reid Family’s Stonebridge fixture the other day, photographer Joanne Maisano got herself in the right place at the right time. Camera in hand, watching hounds mark the stickpile, Joanne shot an action sequence that wildlife photographers dream about. Be sure to click the image for a larger version. You don’t want to miss the expressions on the faces of every living creature captured in that single moment. Not a word of text is necessary!

We’ve selected a series of photos from Joanne’s action-sequence to present a slide show of what transpired, and one version of what might have been running through the fox’s mind during its escape. Click on the readmore link (below, open to everyone), then click on the first image (below) in the sequence.