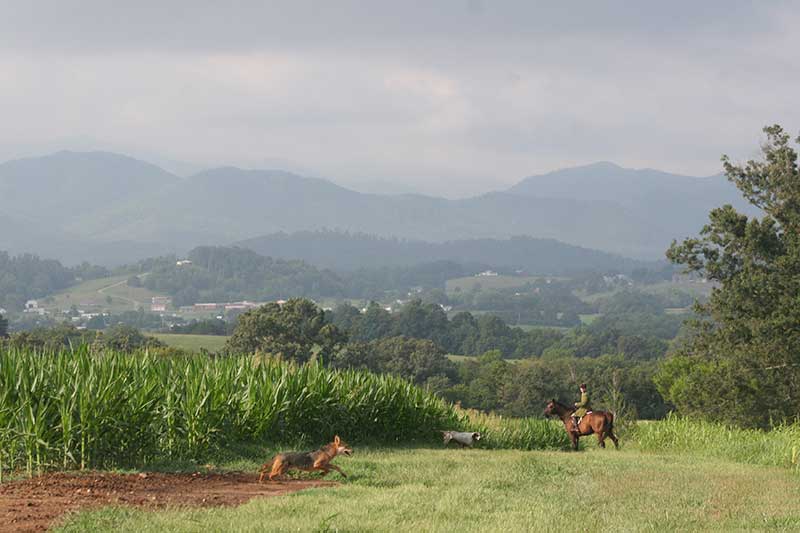 It was the first hunt of the 2016 – 2017 season for the Tennessee Valley Hunt in East Tennessee.  I never saw this coyote come out of the corn. I had been listening to the hounds just ROAR around in that corn for an hour, when I saw this beautiful tweed coat against that landscape. I wanted to get photos of the coat with the Cumberland Mountains behind it, so I took a burst of about 5 photos. I never saw the coyote through the lens as I took the photographs of the coat.  Unbeknownst to me, the coyote had photo bombed the shot.

It was the first Saturday in August at Joint Master’s Broyles’ farm outside of Jonesborough, TN on the Nolichucky River (which is Cherokee for "River of Death").  Oh boy - August in Tennessee, even at dawn, can mean 90+ degree weather with 80+ percent humidity. Now add a sweaty horse and those tweeds were torture.

Hunting in corn has always been my favorite time to foxhunt. We would arrive pre-dawn and mount up when we could "see our hands" in the dawning light.   To hunt in corn, the huntsman will cast the hounds into the stalks, unmounted if necessary, and the staff will surround the edges of the corn field.   When we could hear the pack's full cry approaching, we would make noises to turn the coyote to keep it inside the corn field.

On this sticky, hot August morning, we had been out for about an hour with no game. I trotted past our trailers and saw two hounds loitering.  They were a puppy and an old faithful Penn-marydel foxhound named Ariat.  I called for them to follow me.  They did, or rather, Ariat followed me with the clueless puppy tagging along.  I got to the corner of the corn on top of the hill and halted with my horse's head pointing towards the cornstalks.

I stayed quiet as Ariat went right into the corn, just following my horse’s head. The puppy scattered, completely confused. I waited and within a few minutes, I heard Ariat hit on a line. The puppy then ran into the corn to follow her.  Soon, the whole pack had honored Ariat, and their full cry was echoing off the trees in our little valley below the mountains. That kind of hound music makes the hair on the back of your neck stand up.

That run lasted for well over an hour without a check, and we were able to keep the pack inside corn on less than 400 acres. Near the end, after endless circling, I was back in the place where I had first put Ariat in the corn, when I saw Huntsman Ryan Johnsey’s tweed against the mountains.

As I took the photos of the tweed, the pack in the corn was charging towards me on my left.  The volume of the pack was getting inconceivably louder to the point that nothing else could possibly be heard.  As I dropped the camera from my eye, I saw the back end of a black and tan canine dash across the mowed section into the next stand of corn to my right.  Ariat was our only black and tan hound, and my first thought was, "Good Lord, Ariat is fast for an old girl! She's ahead of the whole pack!" 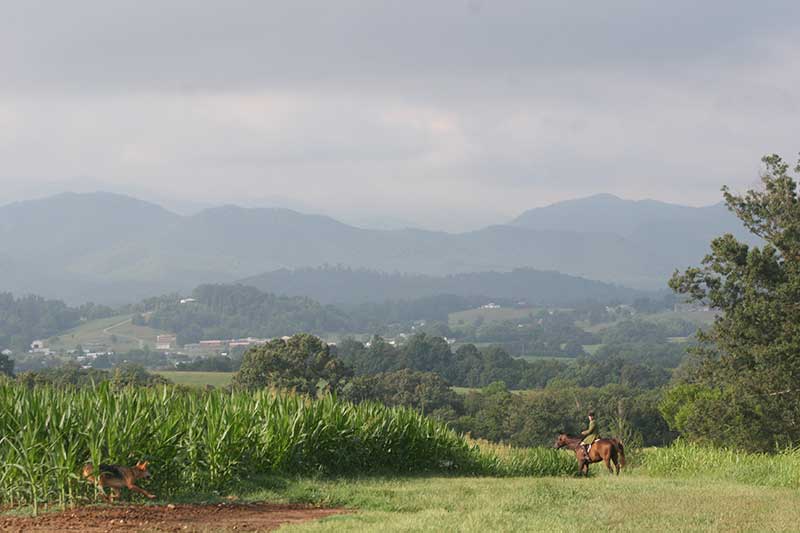 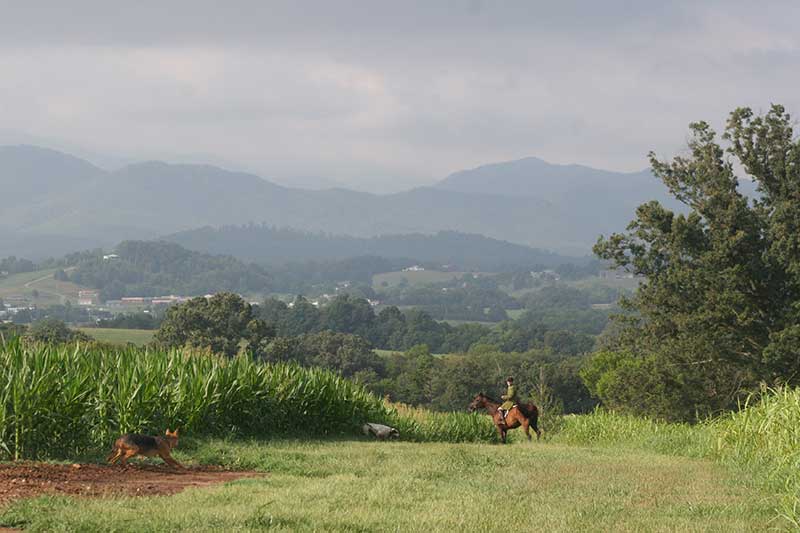 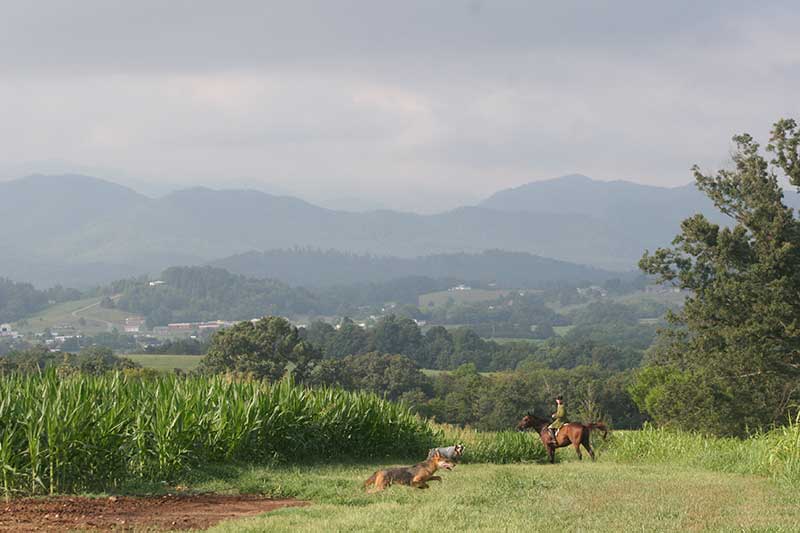 I had no idea that I had gotten a photo of a black and tan coyote until a few days later when I reviewed the photos.  This is probably the best photo of my career, and it was a complete accident.

# Denya Massey 2022-09-12 22:04
A lucky accident! But then, as it's said, you create your own good luck. Great photos!
Reply
# Sarah Martin 2022-10-03 13:54
This is great! I love the hound in the back ground flanking the coyote. A breathing taking view in some gorgeous country. Well done!
Reply
Refresh comments list
RSS feed for comments to this post