Spencer Allen Is the New Huntsman at Live Oak 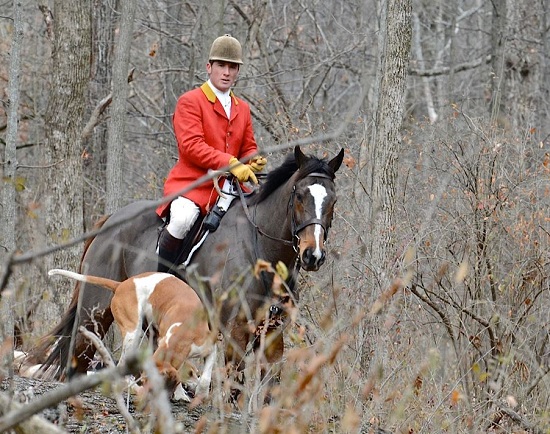 Huntsman Spencer Allen has gone through a rocky time in the past couple of years. He’s been forced to consider other options for his future, but he knows in his heart what he loves the most—working with and hunting foxhounds. And this is why he’s so happy to be in Monticello, Florida at Marty and Daphne Wood’s unparalleled establishment as huntsman for the Live Oak Hounds.

After serving six years in the Marine Corps, including a tour in Iraq, Allen began as an amateur whipper-in at the Bull Run Hunt (VA). Two seasons later he turned professional and moved to the Piedmont Fox Hounds (VA), serving four seasons as first whipper-in to huntsman Richard Roberts. Allen found himself working with a talented and attractive whipper-in, Rachel Gray, who also happened to be the daughter of the previous huntsman, Butch Gray. Spencer and Rachel were married, and in 2010 Spencer was named huntsman at Piedmont. He hunted the Piedmont hounds for five seasons, showing excellent sport, but trouble followed.

# Patti Brantley 2016-07-21 15:58
I look forward to meeting Spencer at Live Oak!! I've ridden or been a member there for 30 years and was a Fieldmaster until my horse and I had a bad accident fall in 12/15. I look forward to hunting again this year at LOH and several other hunts. I've missed my hunting buddies