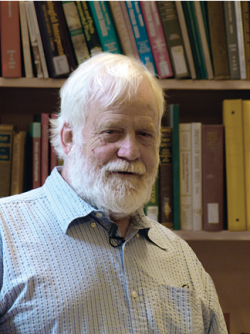 The Shenandoah River flows northeasterly along the eastern edge of the valley, passes under the western slopes of the Blue Ridge, and empties into the Potomac River at Harper’s Ferry, W.Va.—a confluence described three centuries ago by Thomas Jefferson as “one of the most stupendous scenes in nature.”

Home to a mostly rural population, the Shenandoah Valley has long been a destination of unsurpassed beauty to vacationers and sightseers. The northern part of the Valley that is home to the Blue Ridge Hunt also finds itself to be an object of lust to developers from Washington, D.C., and Northern Virginia to the east and the nearby city of Winchester to the west. While many landowners find it hard to resist the potential financial windfall from development, others believe that to relinquish such natural beauty to untrammeled development would be a crime against nature.

Along with its sister landscape just to the east of the Blue Ridge—Virginia’s Piedmont—a passionate calling for preservation has rallied many of its citizens to battle. Few, however, have responded like George Ohrstrom III. The scope and creativity of Ohrstrom’s efforts locally, nationally, and internationally earned him the MFHA’s Conservation Award for 2014.