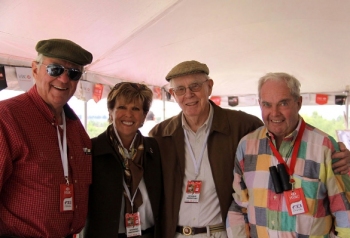 Walter James Pady, ex-MFH of the Toronto and North York Hunt (ON) was killed tragically in an automobile accident on Monday, August 9, 2010. Walter, 77, was well-known and much loved throughout the world of horses and hunting.

He was a member of the first Canadian Olympic Three-Day Team, served as voluntary Chair of the Canadian Jumping Team, CEO of the Royal Winter Fair, and as Canadian District Representative to the MFHA. In recent years he was a member of the Eglinton and Caledon Hunt (ON) and an honorary whipper-in to the Pond Hill Beagles, his wife Jane’s foot pack.

Walter was a welcome visitor in many hunting countries between Ontario and the Carolinas, when visiting during the closed winter season at home. Likewise, he showed hospitality to many foxhunters from other hunts when the Canadian hunts put on their Ontario Festivals of Hunting. Walter was a sportsman and a gentleman, and he will be sorely missed.
August 15, 2010 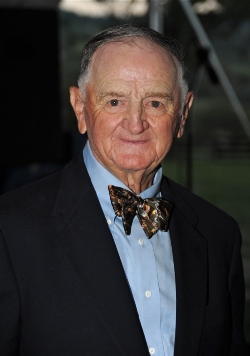 Hounds were screaming, and the huntsman was cooking. A cattle guard loomed ahead—a coop to the left and a gate to the right. The huntsman veered left.

"Melvin," someone yelled, "the gate’s on the right!"

"Melvin just kept kicking on, right over the coop," recalled Joe Conner, shaking his head and grinning in wonder.

Conner, who has whipped-in to Melvin for years at Bath County (VA), didn’t resurrect that story out of a distant past. It had happened only weeks before Melvin Poe’s ninetieth birthday celebration.

A month or so earlier, I had recognized the same notes of awe and wonder as I stood chatting with Brian Smith, my farrier, about Melvin’s upcoming ninetieth birthday. 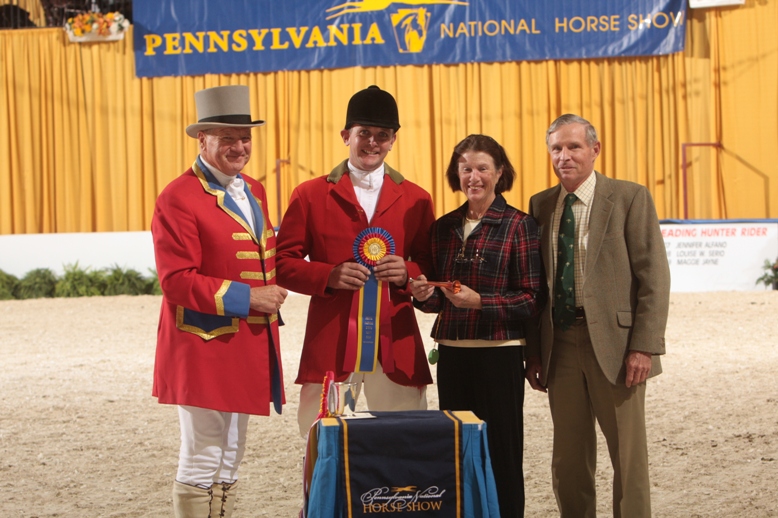 Amwell Valley huntsman Steve Farrin blew a flawless set of horn calls to best two-time winner John Tabachka and claim the 2010 North American Horn Blowing Championship. Contestants were asked to blow Moving Off, Gone Away, Gone to Ground, and Going Home. The judges proclaimed a tie after the first round, and Farrin and Tabachka were called back to blow one more call of their own choosing. Tabachka blew Going Home, demonstrating amazing control of the stretched out and slowly modulated volume, but Farrin won the night with his Gone Away. 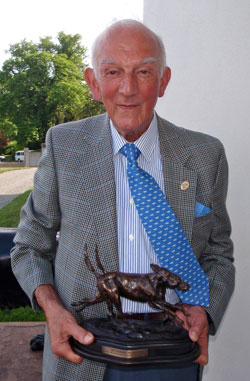 When the Loudoun Hunt West hounds meet on Sunday, December 5 at Dr. Jim Gable’s Valley View Farm, it will represent a world record setting milestone for both the hunt and for renowned sporting photographer Jim Meads. Loudoun West will become the five hundredth individual pack that Meads will have photographed over the course of his long and illustrious career. Well-wishers are invited to attend the meet and the hunt breakfast to follow.

A reception the evening prior to the meet will be held from 6:00 to 8:00 p.m., Saturday, December 4 at Buchanan Hall, 8549 John Mosby Highway, Upperville, VA. All friends and well-wishers are invited to that affair as well. The cost for the reception is $20.00 per person.

A poster honoring Jim Meads will be given out at the reception and at the meet. Jim will be available to sign your poster.

If you wish to attend either the Saturday night reception or the Sunday hunt breakfast, RSVP your intention to Gia Anderson at 703-777-2414. Or write and mail your check for the reception to Museum of Hounds and Hunting NA, Morven Park, 17263 Southern Planter Lane, Leesburg, VA 20176, Att: Jim Meads Event.