Foxhounds With a Difference

Mr. Stewart’s Cheshire Foxhounds (PA) boasts a sporting field of superb horsemen and women that love to gallop and take their own lines over the post-and-rail line fences in their country. Seven years ago, the Cheshire Masters and staff embarked on a bold experiment to breed a new foxhound for that country. Our feature article below tells of their decision to cross the The Old English (also called the Traditionally-Bred English) foxhound and the Penn-Marydel foxhound.

Their plan was a gamble because the two breeds are about as dissimilar in type as foxhounds get, and the crossing of the two types would produce litters that varied greatly from pup to pup. However, the Cheshire Masters and huntsman believed that the strong points of each type would tend to compensate for the perceived weaknesses in the other and result in a foxhound superior to either type.

Here are some examples of the perceived differences between the types. Just remember that generalizations are only generally valid! 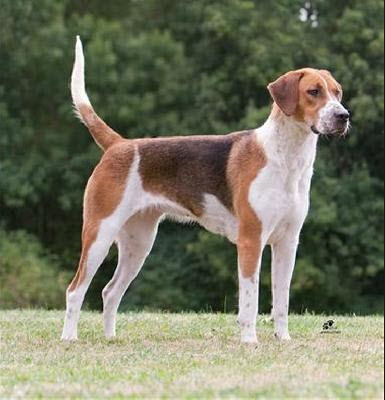 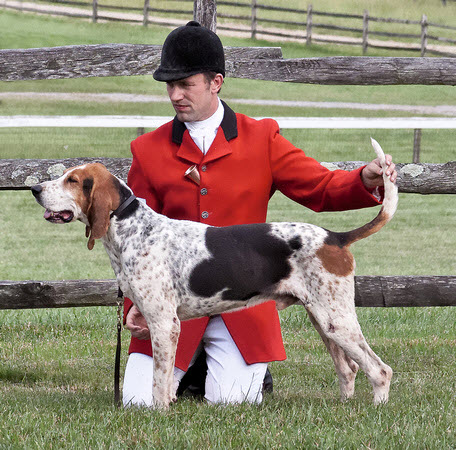 Appearance
The Old English foxhound is a solid specimen with substantial bone and straight front legs from elbow to ground. He stands high on his footpads, toes tightly together. His skull is flat and broad, his eyes bright, his ears alert. (His close relation, the Modern English foxhound—Welsh bloodlines crossed on the Old English—is well-established as the beauty standard of our age.) He gives the impression of being ready for action, while the Penn-Marydel reminds one of the good old American hound dog sleeping under the porch. He has ganglier limbs, a domed skull, longer and lower set ears that droop close to the head, and more relaxed ankles. He stands on flatter feet, toes more spread. His appearance is influenced by crosses of the French Gascon hound on the old, so-called “Southern” hound brought to North America by the English colonists.

Temperament
Both physically and temperamentally, the Old English hound is tough. He will bull his way into the thickest covert and will readily accept more pressure from the huntsman and staff both in training and in the field. The Penn-Marydel is more sensitive, more easily cowed, in many ways gentler and less pugnacious with its kennel mates. He is biddable and sweet-natured.

Drive
The Old English foxhound is a bold hound with great drive. He was bred in England to get forward on the line and catch and kill foxes. The Penn-Marydel, on the other hand, seems to lack the blood-lust of the English hound. His religion is the line of the fox, which he will follow faithfully and accurately, without that burning ambition to get forward on the quarry. His may be a different way of hunting, but in no way do I mean to suggest that he won’t push a fox out of covert and run it hard across the open. This I have seen.

Scenting Ability
The Old English hound, bred in a country where the ground is often moist and the weather temperate, generally hunted in what we would consider excellent scenting conditions. The Penn-Marydel on the other hand has its origins in the Pennsylvania-Maryland-Delaware area, and for generations was bred and selected for its sensitive nose and low-scenting capability, enabling it to hunt in a drier and often warmer climate in less than ideal scenting conditions.

Voice
The Old English hound was bred to hunt an open country (think Leicestershire) dotted with smallish coverts. Mounted staff can easily keep up in country such as that, and a big voice is not a necessity. Penn-Marydels were bred by many night hunting farmers who sat in the dark by a fire and followed the hunt by ear. They have a booming, resonating cry that helps mounted staff keep in touch in a wooded or hilly or tightly fenced, slower country to ride.

I hope you enjoy the following feature article, "The Cheshire Crossbred: A Bold Gamble," and remember, as always, your Comments are invited.