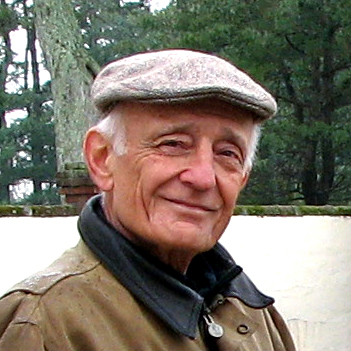 With this final installment of The Mardale Hunt, we bring Ron Black’s touching vignettes of the Mardale Hunt to a close. In the course of offering these downloads, a new idea presented itself. But before we get to that, let’s have a final look at Mardale.

Every hunting culture is unique to its time and place. I was won over by the people of Mardale—hard-working sheep farmers—who lived in a picturesque valley and hunted the fox in the purest way.

Once a year, the shepherds of Mardale roamed the surrounding Cumbrian hills and brought all stray sheep they could find down to a common holding pen in the village. There the strays were sorted by their markings and reclaimed by their rightful owners. It was an arduous task, and the tradition became established to have a celebratory hunt—the Mardale Shepherds Meet—the following day.

There were no fancy horses, bespoke riding habits, or social cache seducing these men to the hunting field. They met to do battle with their nemesis the fox, to have sport with hounds, and to enjoy themselves in the telling of stories and the singing of songs afterward. The country they clambered over to follow their foxhounds was difficult, demanding, and dangerous. As physically tough as they were, however, they were powerless in the face of government. The City of Manchester needed water and drowned their village to get it.

We reveled in the exploits of John Bowman (Auld Hunty), who hunted the Ullswater Foxhounds for forty-one seasons straddling the turn of the twentieth century. We became at home with the doomed village of Mardale and partook of the lively after-hunt camaraderie at the also-doomed pub in the Dun Bull Hotel.

The flooding of the valley for the reservoir finally occurred in the 1930s. Homes were rebuilt as was the Dun Bull Hotel, and the Mardale Shepherds Meet went on in a new but removed Mardale village. The Ullswater Foxhounds, of course, are still going strong. Many of you will remember John Harrison, the current huntsman (since 1996) of this venerable pack, who hunted hounds for the Toronto and North York Hunt (ON) before returning to his native England and picking up the horn for Ullswater.

As I said in my opening paragraph, these downloads gave us an idea. Let’s step back briefly to Project Gutenburg.

Today, there are about forty thousand texts in the Gutenburg collection, including works by Somerville and Ross, G.J. Whyte Melville, and other great writers of foxhunting stories. Many are in the public domain and may be downloaded and freely reproduced. Foxhunting Life will select some of our favorites and bring them to you in the coming weeks and months. I’m excited about publishing this new feature, because I can’t wait to read these wonderful stories again myself!

Keeping the sport intelligent, literate and even literary by way of sharing its history and culture--congra tulations on a great idea. You are making Foxhunting Life the PBS of equestrian publications.

Equestrian sport and especially hunting is unique in the quantity and quality of art and literature it generates.
(Yes, Roger Angel writes gloriously well about baseball.)
Reply
Refresh comments list
RSS feed for comments to this post