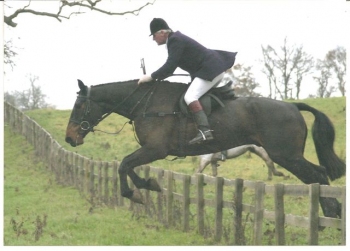 Martin Scott, ex-MFH“Are the words scarlet and pink interchangeable?” asks Leslie Shepherd. “Is one more correct than the other? Is pink a word of the past? I always thought that scarlet referred to formal attire such as worn at a hunt ball or the Masters Ball, while pink described the color of the frock coat in the field. Could you clarify for us?”

I love this question because it endures as one of the great controversies of foxhunting’s arcane language. We asked Martin Scott, ex-MFH, Vale of the White Horse (UK), Hugh Robards, ex-MFH, Rolling Rock Hunt (PA), and C. Martin Wood, MFH, Live Oak Hounds (FL) for their opinions. All three gentlemen are not only internationally-respected practitioners of the art but students as well: Scott and Wood as master breeders and judges of foxhounds, Robards as a brilliant huntsman. All are intellectually curious and have access to extensive libraries.

Martin Scott
I am afraid that I always call a red coat a red coat. As Jorrocks said, “No colour like red, no sport like Foxhunting.”

But this question is a can of worms and everyone who holds a different opinion is certain that they are right! However, Mr. Pink was a tailor who used to make red coats, and so it became fashionable long ago to have a “Pink” coat, i.e. one made by Mr. Pink. A number of hunt staff refer to the coat as scarlet and this may be their right, I do not know.

As usual, whatever the colour of your coat, the important thing is to always turn out correctly with it clean and the buttons clean!

Hugh Robards
I have always thought that scarlet is the correct word, and it is the one that I use and have encouraged others to use. However, I did a little research and looked up these terms in my good friend Willy Poole's Hunting, an Introductory Handbook and Michael Clayton's The Chase: A Modern Guide to Foxhunting.

Willy, who never minces his words, claims that hunting pink only exists in the tabloid press! It is not a scarlet coat, it is red. I was quite surprised to read that Michael is also of the opinion that the term is red.

It was our old friend Mr. Jorrocks who said, ''For my part I likes a good roomy red rag that one can jump in and out of with ease.''

In my understanding the term pink came from the name of a tailor who made hunting coats. This would be the equivalent of me referring to my coats as Fraser coats, after the man that made them.

So, here we have the opinions of three famous foxhunters---Poole, Clayton, and Jorrocks---but I still prefer the term scarlet to describe the colour of one’s coat both in the field and in the ballroom. 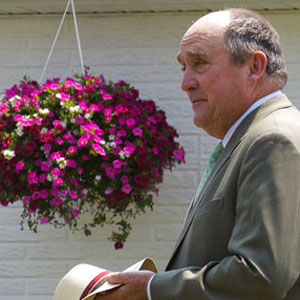 C. Martin Wood III, MFHGin can be pink, but hunt coats are scarlet or red. Pink derived from the London tailor Mr. Pink of Jermyn Street and has become inappropriately applied to hunting attire.

As always, reader’s comments are invited!

Be sure to wear your "Pink's"!
Reply
# Guest 2021-09-29 15:56
Don’t you mean “pinks”?
Reply
# Kirsten 2015-04-27 14:15
Being only an American,I ran across this site while trying to discover the meaning and history of the term 'hunting pink'. Not certain that this was the most technical explanation- but definitely the most enjoyable!
Reply
# Guest 2016-01-31 22:43
Samuel Pink (if memory serves me) not only made the coats, but also invented the pinking shears. Whether the coat seams were pinked, I can't say, but certain carnations, whose petals ended in a zigzag fringe, were then called "pinkflowers", and then the name "pink" came to be applied to their prevailing color.

Scarlet is a shade of red, so all scarlet coats are red, but not all red coats are scarlet. Unqualified "red", this side of the Pond, is a darker color -- flagstripe red, apple red, fire engine red. Scarlet is brighter and more luminous, and is frequently chosen for fire hydrants, so some damned engine driver doesn't run over them and set off a geysir.
Reply
# Guest 2019-07-11 22:19
Pinking shears were invented by Samuel Briskman and patented in the U.S. in 1934. See https://www.waltergrutchfield.net/pinking.htm
Reply
Refresh comments list
RSS feed for comments to this post