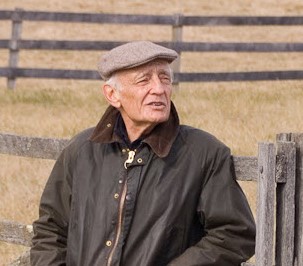 Last November, trail hunting was suspended on Trust lands while a court case was underway. The case involved the question of whether or not a national hunt leader, in a webinar seen by about one hundred hunt leaders, promoted ways for hunts to covertly hunt illegally by making it appear they were trail hunting.

Just weeks before the National Trust members’ vote, that individual―Mark Hankinson, a board member of the British MFHA―was found guilty in Westminster Magistrates’ Court of “intentionally encouraging huntsmen to use legal trail hunting as “a sham and a fiction” for the unlawful chasing and killing of animals via two webinars held in August 2020. This, according to Joe Mellor, reporting in The London Economic on October 31, 2021.

The evidence leading to conviction was video footage of the online discussion taken by a hunt saboteur and leaked to the police and media.

Hankinson was ordered to pay the court £3,500 in fine and fee. The deputy chief Magistrate concluded that he was “clearly encouraging the mirage of trail laying to act as cover for old fashioned illegal hunting.” LACS and other anti-hunting activists are using the conviction to pressure the National Trust board members to validate the members’ vote with a binding decision.

“The trust must ban trail hunting on its land for good. Other landowners should take note and immediately follow suit,” said Andy Knott, chief executive of the League Against Cruel Sports.

Polly Portwin, the Countryside Alliance’s director of the Campaign for Hunting, said there is “absolutely no mandate for prohibition of a legal activity which has been carried out on National Trust land for generations.”

Banning legal trail hunting “would totally undermine the Trust’s own motto: ‘for everyone, forever,’” said Portwin, adding that the alliance remains ready to work with the trust “to ensure that everyone can have confidence that trail hunting activity is open, transparent and legitimate.”

So...yet another self-inflicted wound by foxhunters.

I have to believe that a substantial percentage of National Trust lands enjoyed by British citizens of all walks of life was donated to the trust by large landowners with a heritage of foxhunting over that very land. How ironic. LACS is urging the National Trust to say to those donors, “Thank you for your land; now get off it.”