The Unintended Consequences of Messing With Foxhunting 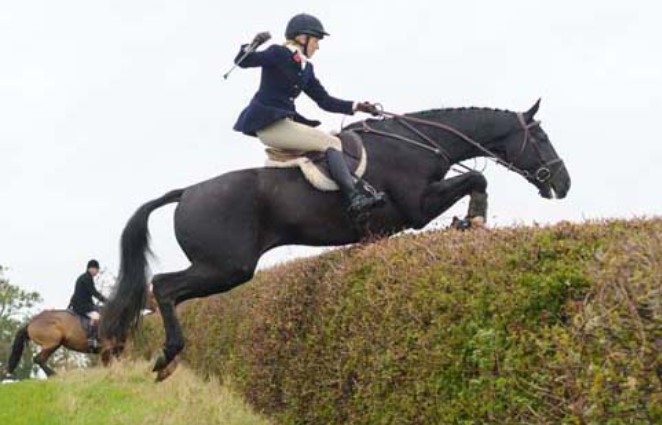 Britain―after having attacked, harried, and banned the sport of foxhunting―now finds itself missing the hedgerows built and maintained by foxhunters. Britain is missing her hedges not only for esthetic reasons but for practical reasons as well: carbon capture and the battle against global warming.

Robert Lane Fox, writing in the Financial Times, said, “The finest hedges in Britain are those planted and cared for by hunters: even as legal trail hunters, they want to be able to jump them with pleasure on horseback. For that reason, swaths of Leicestershire, say, or Herefordshire have been transformed and treasured. If hunters knock a hole in them they are promptly fenced at their own expense and cut and laid so as to grow back.

“I will not be going out tomorrow to talk to hedges. I bless them anyway, thinking of my close encounters with them whenever an urban meeting starts on to topics like “disinvestment.” Hunting helped to transform the English landscape from the mid-19th century onwards. Eco-warriors need to acknowledge this legacy.”

Just two years ago, the Committee on Climate Change recommended that 200,000 kilometers of new hedges be planted across Britain to meet the nation’s 2050 net-zero target for carbon emissions. “Hedges are great for carbon capture,” Mr. Fox wrote.

The planting of trees in Britain has never had a more timely profile. As part of the Green Canopy scheme marking the Queen’s platinum jubilee, concerted tree planting is to be encouraged from October to the end of 2022 by the local Lord-Lieutenant of every county. (Fox, in an aside, privately hopes that a denser tree canopy will also have the desired effect of filtering out the incessant radio waves carrying Meghan, Harry, and Oprah to the island nation.)

It can’t be a game of numbers, however. The planting of 100,000 new trees in a county accomplishes nothing if they don’t survive and grow. They must be intelligently spaced, watered, and maintained by people who know what they are doing. Training and employment programs become a vital part of the ambitious plan. All of which brings Fox back to a focus on hedges.

He welcomes the recent official recognition of a rural disaster in his lifetime―the removal and mismanagement of thousands of miles of hedges across Britain. What took decades to develop, was eradicated with the aid of mechanical machines in weeks. Since 1945, half of Britain’s hedges have been lost thanks to urban planning, Britain’s Minister of Agriculture, EU backing, and an imposed view of prairie farming, thoroughly unsuited to much of Britain.

In 2020, the eco-disaster has seen a change of tack. A hedge restoration project will be financed by the government’s Green Recovery Challenge Fund. Further, the Tree Council has designated the first National Hedgerow Week involving the farmers themselves in bringing the hedgerows back.

Fox closes with the following thought: “In the debate about the vital role of copses and hedges in the British landscape, nothing is ever said about the invaluable role of field sports, especially fox-hunting, now illegal.”

Before the ban, during my own hunting visits to Britain, so much of the attraction was the nation’s uniquely beautiful “story-book” landscape. I say storybook in its literal sense. The countryside reawakens childhood images implanted in my memory from those old illustrations in the classic storybooks we all devoured as children. What a calamity should those images ever cease to represent the British countryside.