The Andean Fox and the Puma 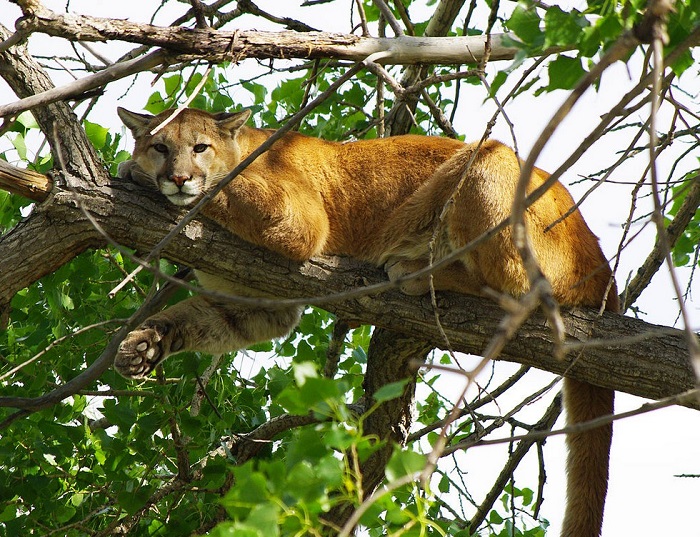 The puma (mountain lion, cougar), fourth largest species in the cat family, typically weighing a hundred or more pounds, coexists with the only other top predator in the Andes, the Andean fox at nineteen pounds.

Many hunts in North America during my hunting lifetime—just fifty years...a brief period in the scheme of thing—have migrated by necessity from foxhunting to virtually all coyote hunting.

Many of these hunts, whether by the size and nature of their countries or their long foxhunting traditions, would prefer to continue hunting the fox as opposed to the coyote. Conventional wisdom suggests that because the coyote and the fox compete for the same diet, the coyote will kill the foxes upon arrival in his new country or drive the fox away. This is certainly true in many areas and has been noted with dismay. But can the coyote and the fox somehow coexist? 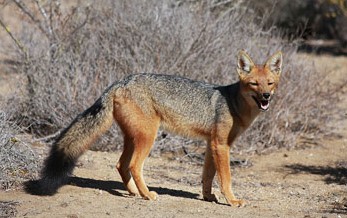 The Andean fox (or culpeo fox)*

How do predators coexist in the wild? They do so where there is an abundant natural food supply. But there may be another way, according to Christian Osorio, a doctoral student in the Department of Fish and Wildlife Conservation, and researchers at the Pontifical Catholic University of Chile.

An article by Osorio suggests there is a proven option, at least in the case of the puma and the fox, involving human intervention―the introduction of another species that will provide an acceptable diet to one, but not both, of the competing carnivores.

Professor Marcella Kelly, of the College of Natural Resources and Environment, also works with Osorio on the project. Kelly is an affiliate of Virginia Tech's Fralin Life Sciences Institute.

"The puma and the culpeo fox* are the only top predators on the landscape in the Chilean Andes," said Professor Marcella Kelly, of the College of Natural Resources and Environment. "And there isn't a wide range of prey species, in part because the guanacos [closely related to llamas] aren't typically found in these areas anymore due to over-hunting. With such a simplified ecosystem, we thought we could really nail down how two rival predators interact."

Fifty camera stations were positioned across two sites in the study zone in central Chile, one in a national reserve and one on private land where cattle and horses are raised. The researchers also collected scat samples at both locations to analyze the diets of pumas and foxes.

The data collected showed that although the pumas and foxes overlapped in their habitat and their time of activity, they diverged in what they ate. The puma’s diet was mainly large hares introduced from Europe years before, while the foxes ate smaller rabbits, rodents, and seeds.

As Osorio wrote, “The two predator species can successfully share a landscape and hunt for food over the same nighttime hours because they are, in essence, ordering from different menus.”

"It is likely that foxes have realized that when they try to hunt hares, they might run into trouble with pumas," Osorio explained. "If they are hunting smaller mammals, the pumas don't care, but if the foxes start targeting larger prey, the pumas will react."

The researchers noted that the European hares comprised about seventy percent of the biomass in the puma's diet, even though it is a non-native species. It would appear that the hares from Europe satisfactorily replaced the native guanacos, which were no longer on the landscape. The puma adapted, surviving the loss of its primary diet for a non-native diet, and allowed the fox to survive as well. Could the coyote adapt to the introduction of a new diet that the fox could not threaten?

* The Andean fox (or culpeo fox) is not a true fox, but more closely related to the wolf and jackal.