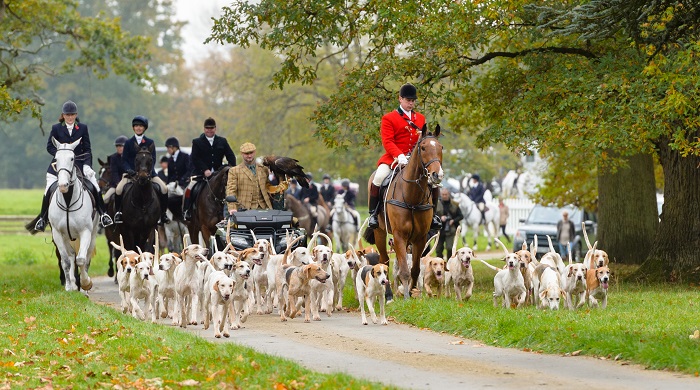 Falconers and huntsmen at British hunts attempt to hew to an unsatisfactory act of Parliament. /  Nico Morgan photo

Statistics show that the Hunting Act of 2004 “lies in tatters” and should be re-examined by Government for being “too complex,” according to hunting advocates.

“These figures demonstrate unequivocally that the Hunting Act lies in tatters,” said Tim Bonner, chief executive of the Countryside Alliance. Bonner points out that the majority of convictions under the Hunting Act are not even related to foxhunting and could be prosecuted under pre-existing laws against poaching and other unlawful hunting. “The law that was supposed to have got rid of hunts is now being used as little more than a vehicle to harass them,” said Bonner.

As convictions fall to an all-time low, some of those convictions are being reversed under appeal. The convictions in one recent high profile case—that of the Grove and Rufford Foxhounds—were overturned earlier this year. (See FHL report.) The three hunt members wrongly convicted will receive nearly £60,000 in reimbursement for their defense costs. In another appeal this year, the conviction of a Joint-Master of the Crawley and Horsham Foxhounds who had a run-in with a hunt saboteur was overturned.

Of all the convictions in 2017, only one involved a registered hunt, that of George Adams, huntsman of the Fitzwilliam Foxhounds. (See FHL report.) An appeal has been granted in that case as well and will be heard in January. If successful, it would be yet another case to fall apart.

“Prosecutors have discovered that the act isn’t particularly straightforward,” said Simon Hart, Tory MP. “Just because it looks like hunting it doesn’t mean that it is.”

While these statistics encourage the pro-hunting faction to revisit and roll back the Hunting Act, the antis see the other side of the coin, however. They agree that the Hunting Act has proven insufficient to curb hunting, and they wish to stiffen it. In light of the polls taken on foxhunting and the accompanying vitriol employed by a rabid opposition, one has to wonder if any new law to be written there would simply move foxhunters from the frying pan into the fire.