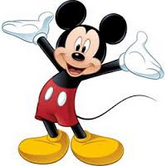 It was the Disney Company that inspired the creation of the Chronicle of the Horse/MFHA Conservation Award, but for the wrong reasons!

And it’s most fitting that George Ohrstrom III was presented with the Conservation Award at the 2014 annual meeting of the MFHA, for he is connected through his family to the genesis of the award. Ohrstrom currently serves as co-chairman of the Piedmont Environmental Council (PEC), the respected and influential Virginia-based conservation organization that the Ohrstrom family was instrumental in forming in the 1970s.

The PEC gained national attention when they demonstrated how local grassroots efforts—combined with a clever strategy of enlisting the support of the nation’s most prominent historians—defeated the Disney Company’s efforts to build a theme park in Virginia’s historic countryside in the fall of 1994. At the time the PEC went to war, Disney had already quietly amassed political support in the Virginia legislature, had seduced the local Chambers of Commerce and real estate boards, and had secured the rights and promises of approval to the land they wanted, on the eastern border of some of Virginia’s prime foxhunting country.

Many feared that it was a done deal, and only a cockeyed optimist would have laid money on PEC’s chances to stop this juggernaut. But they did. With Disney’s popular reputation on the line nationally as a result of PEC’s strategy, the company abandoned its plans and withdrew from the fields of Virginia.

Had Disney prevailed, the kennels of the Orange County Hunt, located less than a dozen miles to the west, would have probably been wiped out. But the Orange County members never even considered capitulation to Disney.

The late James L. Young was not only MFH of the Orange County, but he was also president of the Masters of Foxhounds Association at the time, and the late Charlie Whitehouse was also Young’s joint-MFH and a director of the PEC. In addition, the late Eve Fout, who’d been an Orange County subscriber for decades, became the PEC chairman during the Disney crisis and would resolutely lead the organization for a decade.

The Disney experience was the awakening that prompted Young and Whitehouse to find a way to bring the conservation issue more visibly to the attention of the foxhunting community. In the spring of 2005, Young approached editor John Strassburger to ask if The Chronicle of the Horse—owned from 1952 to 2013 by George Ohrstrom’s grandfather, uncle, and cousin—would participate with the MFHA in an annual award to be given to that hunt and associated individuals or organizations that had made important and lasting contributions to conservation. Thus was the Hunting Habitat Conservation Award born---through the timely confluence of the MFHA, The Chronicle of the Horse, the PEC, the Orange County Hunt, the Ohrstrom Family, and Disney!

This article was also published in the February 24, 2014 issue of The Chronicle of the Horse.