Foxhunter/Patriot to Be Honored in Bronze 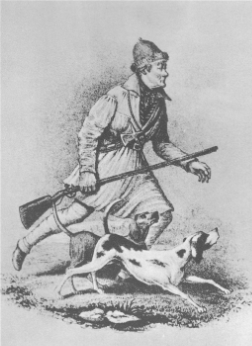 Jonas Cattell from "Memoirs of the Gloucester Foxhunting Club" by William Milnor, Jr., Philadelphia, 1830Jonas Cattell, foxhunter and revolutionary hero, will be honored with a seven-foot bronze statue to be erected in Haddonfield, New Jersey. We foxhunters know about Cattell’s exploits in the hunting field thanks to Alexander Mackay-Smith’s classic book, The American Foxhound: 1747–1967, but I never knew about Cattell’s heroism during the American Revolution. He turned the misfortune of his arrest by Hessian mercenaries into advantage for the Colonial cause.

Cattell whipped-in for the Gloucester Foxhunting Club, the first organized foxhunting club in North America. It was founded in 1766 by a group of Philadelphia gentlemen and named for Gloucester County, New Jersey, directly across the Delaware River. According to Mackay-Smith, quoting Clifton Lisle describing their sport, “When Cupid, the huntsman who succeeded Old Natty, was in the saddle with Jonas Cattell whipping-in to him, amazing runs were made.”

“In 1798, for example, one is recorded that went to Salem, a distance of forty miles by the map from find to kill. Another ended on the ice of the Delaware, a Jersey fox crossing it with fifteen couple of hounds not a hundred yards from his brush—to be rolled over just short of the Jersey shore. Robert Wharton, president of the club at that time, was the first man up, next to Jonas Cattell, the whipper-in, who had crossed the river on foot.”