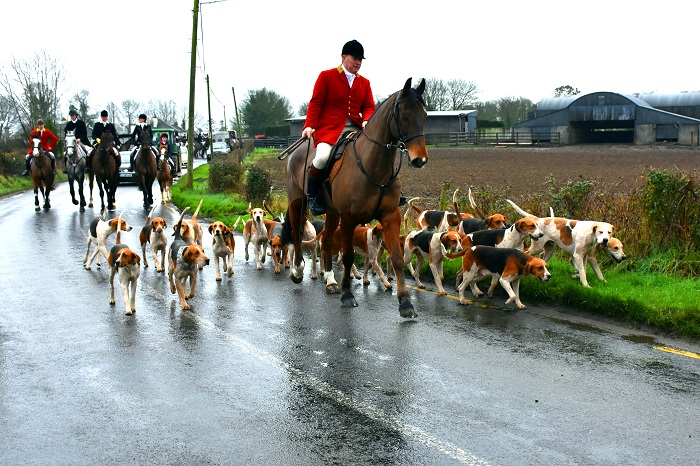 As the end of the season approaches, it has not come soon enough for some East Galway followers. The hunt could open a hospital casualty ward what with old foxhunting injuries resurrecting themselves—niggling joints, dodgy knees, frozen shoulders, and sore hips. Joint-Master Joe Cavanagh has just had knee surgery, and remarkably he was following by car a few days afterwards. One hunt follower I met was walking very bandy, like a jockey, and he admitted that he would definitely not be able to block a terrier in a corridor! But the East Galway followers are made of stern stuff and despite their temporary handicaps they all look fine when mounted on their hunters!

To further compound matters, some of the hunt horses also need rest. But East Galway has a reputation for producing top-class show jumping and eventing horses, and despite their value they are not being kept in cotton wool; they are being called into action to get followers to the end of the season. No doubt a bit of serious hunting will sharpen them up for the competition season.