The County Limerick Foxhounds at Kilmallock 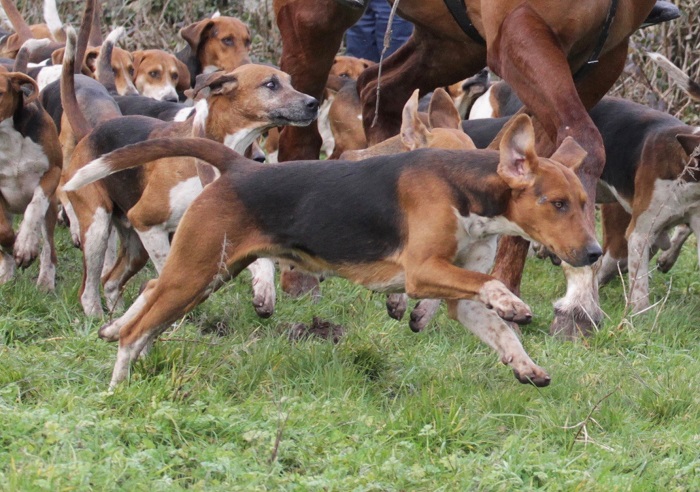 The well-bred Old English foxhounds of the County Limerick continue to show exciting sport. The Limerick breeding program has been closely associated with that of the Belvoir (UK) since the Mastership of Lord Daresbury beginning in the mid-twentieth century. / Catherine Power photo

Reports on hunting with The Counties, as the County Limerick Foxhounds are locally referred to, have been glowing with stories of one red letter day following hard on the heels of another. So it was with some sense of anticipation we joined last Saturday’s meet at the mart yard in Kilmallock.

There were over sixty mounted, including several U.S. visitors. From the Midland Fox Hounds in Georgia came Mason Lampton, Jr, MFH, with his two sons Whitney and younger brother Henry—great-grandchildren of the famous foxhunter, Ben Hardaway, who at age ninety-eight passed away only recently. Organizers of the American expedition were Richard and Lilith Boucher, steeplechase jockey and trainer from Camden, South Carolina, and their daughter Mell.