A Christmas Hunt in the Cumbrian Fells 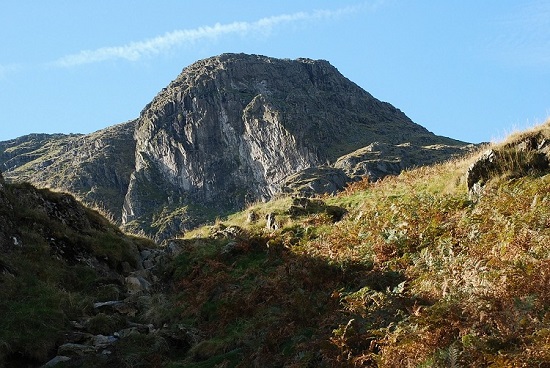 The path wound its way up the fell side, twisting and turning as it sought the line of least resistance in its quest for the ridge and finally the trig point that marked the actual summit. Several hundred feet below the track and above the valley where the track began, a buzzard circled on a thermal originating from the big crag.

The path like the crag had over the centuries seen many things, Stone Age man had used the track to get to the veins of slate on an adjoining fell. Viking and Roman feet had followed the track to and from the nearby coast. Long pony trains carried produce over the track to the coast and its sea port. Finally, endless hordes of garishly dressed tourists added to the general erosion of the track. It began in the valley bottom, passed through an area of bog, soon left it behind, and that is where the erosion started. The higher up the fell, the thinner the soil, the greater the erosion. At the time all these thoughts passed me by, but looking back I can ascend the track from start to finish in my mind’s eye. I remember it so well because on one Christmas holiday morning, I saw a hunt which will long remain in my memory.