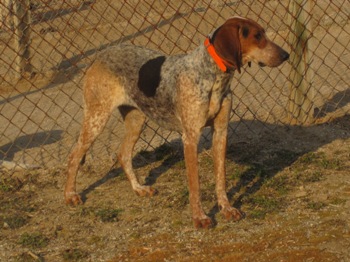 The Cheshire Crossbred: A Bold Gamble 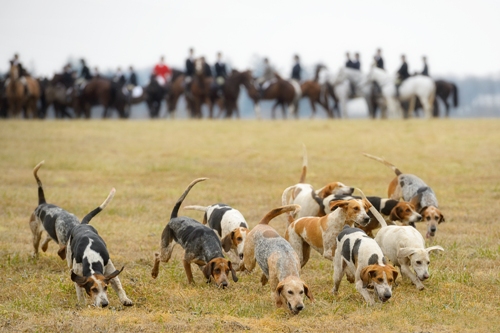 When an established hunt with a reputation for showing the best of sport to the best of horsemen in the best of countries comes up with a novel idea for breeding a better foxhound, and sees it through to fruition and success, one has to pay attention.

History and familiarity notwithstanding, seven years ago the Cheshire Masters and their Galway-born huntsman Dowling decided to continue a breeding experiment begun two years earlier by former huntsman John Tullock. They committed to the notion of crossing the English foxhound with the Penn-Marydel foxhound—two disparate types—in the hope of making a better foxhound for their country. This was a chancy endeavor, understandably fraught with controversy within the hunt. 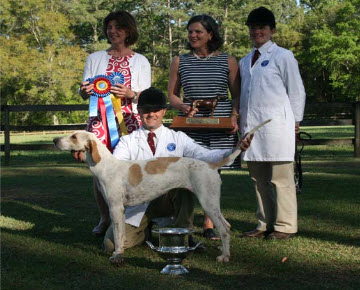 Mr. Tyacke said that he was thrilled by the amount of quality he saw in every class. He was very impressed with the levelness shown, particularly in the Two Couple Classes where some hunts produced more than one entry.

As is the custom at the show, all hound types are judged together in one ring, as also happens at the Canadian Hound Show. Eight packs showed, which is one more than showed in the 35-couple-or-more in the Crossbred ring at Virginia in 2012. 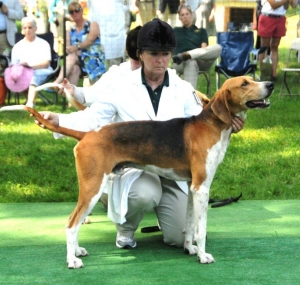 Mystic’s success is no stroke of luck; he’s the product of a royal breeding engineered by Brazos Valley MFH Sandy Dixon. She put her own sire—Brazos Valley Catfish 2006—to a Potomac-bred bitch that she entered in 2006—Brazos Valley Meadow.