How Long Can a Red Fox Live? 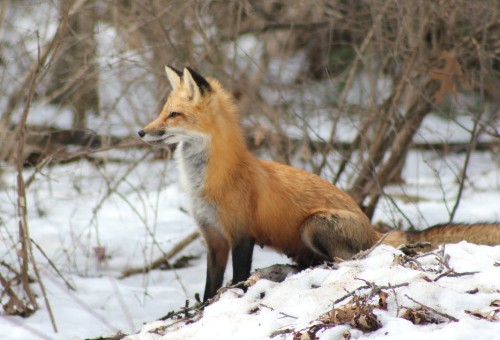 I believe that the ripest old age a tame fox might achieve is twelve. A wild, country fox could reach about eight. The governing factor, of course, apart from predators, is the fox’s teeth. No teeth, no food, no energy, and the end will be near, perhaps by scavenging dog or internal parasite—a death neither quick nor noble, and without Nature’s own equivalent of the National Health Service.

When I was hunting the Tiverton in Devon, the oldest fox caught by my hounds was aged six, according to that great naturalist Sir Newton Rycroft. It was the Tiverton’s first hunt in the New Forest, in 1975, and the fox’s incisors were long, very curved, and extremely dark—which prompted the discussion. The longer and more curved the teeth, the older the fox. Bob Street, who had disappeared into a bog during the excitement of the run, said that in forty years’ hunting it was one of the oldest he had seen hounds catch.

# Harry Kuniansky, MFH 2013-07-17 21:02
Norman: The answer to this question actually depends upon which pack of hounds is chasing it. Much shorter if Misty River is in pursuit.
Harry S. Kuniansky, MFH
Misty River Hounds
Reply
Refresh comments list
RSS feed for comments to this post