“He’s hunted twice; let’s take him to the Field Trial.” Author Lori Brunnen in the foreground, riding Sunny. Saved from the abattoir, he took to the hunting field like a veteran. Karen Miller accompanies Lori.  /   Amy Gesell photo

Since last year I have been trying to hunt with George Harne’s private Maryland pack, the Last Chance Hounds. This season I finally managed one day out with them and had a great morning, despite having Frankie’s bridle slip off, falling flat rectifying it, and finally being dragged a ways on my stomach. At least I did not let go. It was kindly described at breakfast as being “seventy-five percent elegant.” This is a small, close-knit group, and I felt lucky to have been able to join them.

Shortly after this outing I learned that friend Karen Miller was accompanying them to the Moore County Hound Performance Trial, an MFHA Hark Forward event in North Carolina the second weekend in October. We agreed to drive down together. The six hounds entered were traveling with huntsman Lisa Reid and whipper-in Marie LaBaw. Master George Harne was driving down with his friend, Roy Good, leaving at 1:30 Friday morning because George said he would be “too excited to sleep” anyway. Lisa and Marie were leaving at 4:30 Friday morning. Despite the fact that the first trial event was not until 4:00 pm Friday, Karen and I simultaneously agreed we were leaving at “10 o’clock Thursday morning.” No getting up in the dark unless absolutely necessary. This is an annual trip for the group but the first Performance Trial for Karen and me. We were stoked. 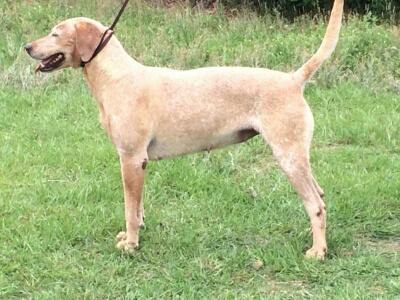 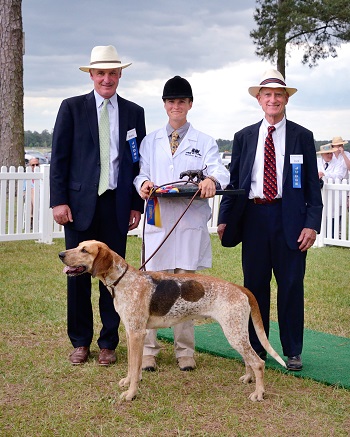 Whelped to royal bloodlines—American on the sire’s side and English on the dam’s side—it should have been no surprise to see Graphic garner top honors. Her sire is Hillsboro Jethro '08, son of the magnificent Potomac Jefferson '05, Grand Champion Foxhound at Virginia in the year of the MFHA Centennial celebration, 2007.

On the dam’s side, Graphic goes back in tail female to North Cotswold Grapefruit '95, a Peterborough Champion and dam of several influential foxhounds in North America including Iroquois Grundy '98, Master Jerry Miller’s all-time favorite foxhound, and Mid-Devon Grocer '00, sire of Virginia and Bryn Mawr champion hounds from Blue Ridge. 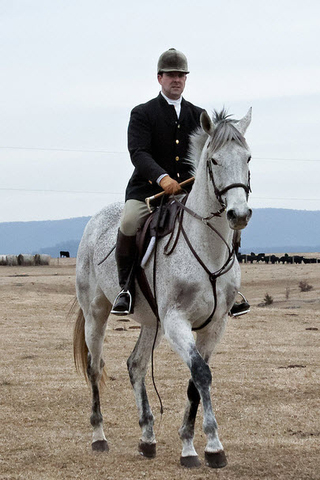 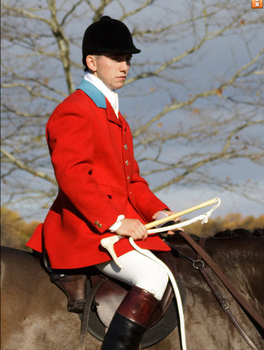 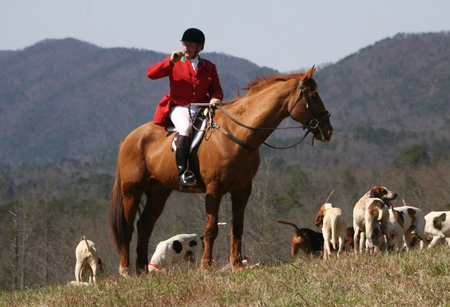 Camden: A Mecca for Horses

Horses mean “business” in Camden, South Carolina. The area has been a mecca for horses and horse people at least as far back as the turn of the twentieth century, according to John Cushman, owner of The Tack Room in Camden.

“Places such as Camden, Aiken, and Southern Pines (NC) became winter colonies before Florida developed, and a lot of people who came were horse enthusiasts and brought horses for foxhunting, bird hunting and such,” said Cushman in Bob Spear’s article in The State.

The climate and the sandy footing suit horses. According to Thoroughbred trainer Frank Wooten, they don’t even put shoes on the youngsters until they start breezing them.

Camden is also home to the Camden Hunt, where hounds hunt the native fox and coyote over 12,000 acres of protected land.

The Carolina Cup steeplechase races are run in the spring, and the more prestigious Colonial Cup takes place in the fall. The South Carolina Equine Park, whose slogan is “Our Horses Mean Business,” stages more than forty horse shows a year. The shows are diversified, including walkers, Quarter Horses, paints, hunters and jumpers. They even have rodeos.

“Think about a couple of thousand horses....that’s a lot of workers,” said Cushman.