The Galway Blazers at Cawley’s Bar in Craughwell 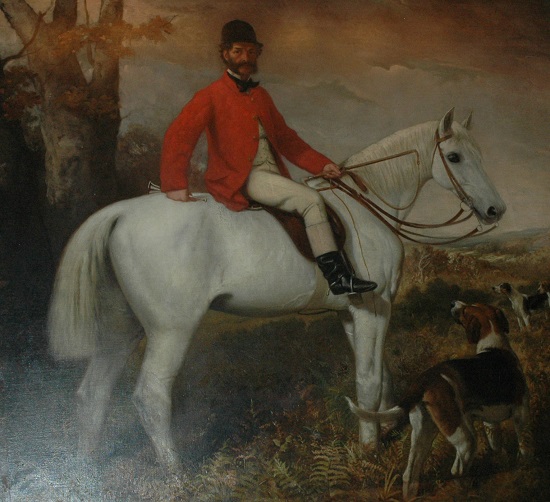 The Castleboy Hunt Club, established in 1803, hunted the Galway foxes until 1839. At that time a new hunt committee founded the County Galway Hunt, better known today as the Galway Blazers. John Denis, a direct ancestor of the only lady huntsman of the Blazers, Molly O’Rourke, was appointed the first huntsman.

In years past, top Hollywood stars were often seen in Galway visiting the late film director and actor John Huston, a Joint-Master of the Blazers at the time. I have great personal memories of hunting with the Blazers over the years, starting as a child over sixty years ago. In later years I had the pleasure also of serving on the Blazers hunt committee. Few had transport in those early days, so we hacked to meets sometime five and often up to twenty miles from our hometown Loughrea, especially if the meet was Athenry or Turloughmore. Portrait of Ellen Emmet c. 1907 by Mary Foote (American, 1847-1938).Ellen Gertrude Emmet Rand (1876-1941) was among the first females in the United States to succeed as a professional portrait artist. She was a contemporary of Mary Foote who painted this portrait of Rand at her easel.

A superb portraitist, Rand is perhaps best known for painting Franklin Delano Roosevelt’s official presidential portrait in 1934, one of hundreds of portraits of politicians, captains of industry, socialites, artists, and scholars completed over her forty-year career...as well as foxhunters of note! You see, she was a foxhunter, too.

Another short story from the author’s Echoes of the Hunting Horn. Every foxhunter with warm blood will relate to the jumble of self-accusations tumbling through the author’s mind after getting tossed. Hounds are running hard for the past twenty minutes. Not a semblance of a check. The pace is terrific over a magnificent line of country with big sensible banks. One fairly-wide river, the honest variety, no slime or sponge-like edges; not a trace of wire anywhere. Horse never put a foot wrong since the Gone-Away . . . blowing somewhat now, though; last big wall took some negotiating. It seems to have thinned the already select field to a mere dozen. Thank Heaven for the down-hill gallop after that last stiff hill; horse's wind feels easier now. Out on the left, riders are heading for a gate. It seems a long way off, and this wall does not seem such a terrifying rasper. Come on, old Challenger, the wall will save time. Steady now, not so fast. Slower still, slower I say, Hup! Over! God bless us, oblivion.